Audi in the lead after eight hours 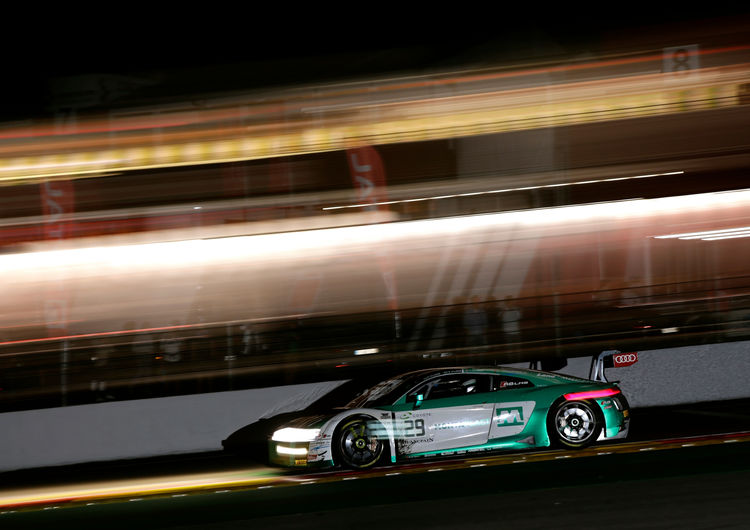 After the first third of the Spa 24 Hours, the no. 29 Audi R8 LMS of Montaplast by Land-Motorsport led the field of 63 cars. The only problem for Kelvin van der Linde, Sheldon van der Linde and Jeffrey Schmidt so far was a puncture. At the front of the 70th edition of the long distance classic there were many close fights – after eight hour of racing 19 cars were still on the lead lap and six different manufacturers in the top ten. Last year’s winning team, Audi Sport Team Saintéloc with drivers Christopher Haase/Frédéric Vervisch/Markus Winkelhock, was in tenth position. In 15th place was the no. 2 Audi R8 LMS of Audi Sport Team WRT of Robin Frijns/Nico Müller/René Rast. This trio also led the race at one stage before it had to do an additional pit stop because of a refueling issue. In 16th position came the no. 66 R8 LMS of Jamie Green/Pieter Schothorst/Steijn Schothorst. Car no. 1 which had to serve a three minute stop and go penalty after qualifying improved at one stage to 20th position.