Skip to content
We are using cookies for a better user experience.
10/24/20
Neuburg a. d. Donau
Sport

Audi in the fight for the top 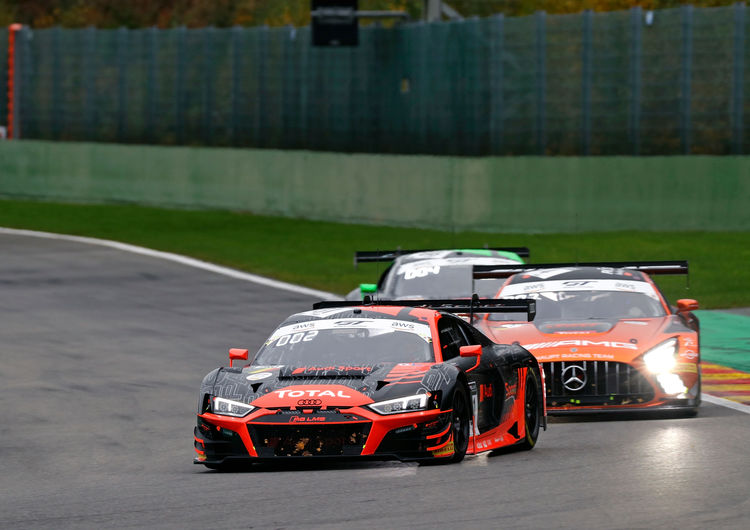 The first four hours of the Spa 24 Hours saw a varied battle between Audi, Lamborghini, Mercedes, Ferrari and Porsche for the lead in the world’s biggest GT3 race. Best Audi after the first sixth of the distance was number 31 of Audi Sport Team WRT in fourth place. Its cockpit is shared by the three Audi Sport drivers Kelvin van der Linde, Christopher Mies and Dries Vanthoor. Audi Sport Team Attempto, with Audi Sport drivers Mattia Drudi, Patric Niederhauser and Frédéric Vervisch, was also the best Audi at times, depending on the pit stop sequence. The driver trio was in sixth place at the four-hour mark. Audi Sport Team Saintéloc with the number 25 was less lucky: Christopher Haase, Dorian Boccolacci and Markus Winkelhock were among the front runners at the beginning, but made the wrong choice in the drizzle with a set of rain tyres in the second hour of the race. After a short time they had to change back to slicks and therefore dropped back to 28th place. The sister car with the number 26 repeatedly led the amateur classification in the first hours of the race. The Audi R8 LMS number 32 driven by Edoardo Mortara, Frank Stippler and Charles Weerts from Audi Sport Team WRT was among the top 15 when an opponent crashed into the car and thus threw it out of the race.