Audi in second position at half distance of Spa 24 Hours 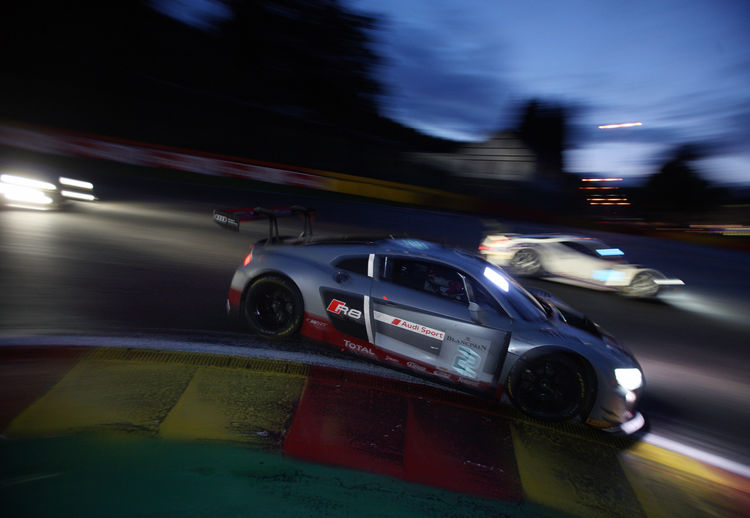 The number "1" Audi with last year’s winners steadily recovered from an accident and held 21st position with Laurens Vanthoor at the wheel. The number "24" Team Parker Racing Audi R8 LMS ultra with Benny Simonsen continued to lead the Am class in 23rd position overall. And there was a sixth Audi still in the race as well: Philippe Haezebrouck in the Saintéloc Racing Audi R8 LMS ultra number "36" held 41st position. Meanwhile, the number "35" sister car which had held 2nd place in the early hours of the race retired on lap 180, following a technical failure. On lap 179, the number "3" Team WRT Audi retired after a spin by Stéphane Richelmi. When he hit the barriers, that damaged the rear end of the chassis beyond repair. 21 laps earlier, the team had already lost the number "4" car following an accident by Sacha Bottemanne.