Audi in promising position halfway through the race 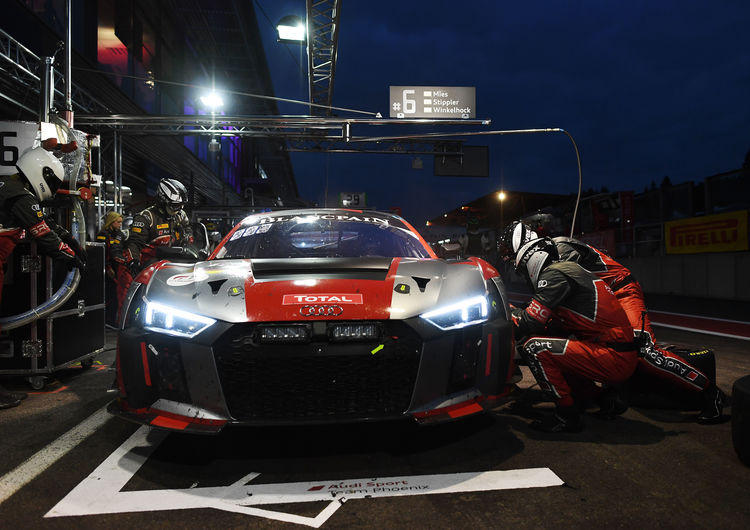 After 12 of 24 hours of racing in the Spa 24 Hour race, Audi is part of the leading group. Audi Sport Team Phoenix is second in a battle of four car manufacturers in the first five positions. After a strong performance of Markus Winkelhock, Christopher Mies took over the no 6 Audi R8 LMS in the 12th hour.

Two more Audi entries are among the top ten contenders as well. The second best Audi squad is Team I.S.R. Racing. Edoardo Mortara was sixth halfway through the race. The Czech outfit also led the Pro Am class with Franck Perera.

Belgian Audi Club Team WRT is tenth with Pierre Kaffer after one sister car that had previously been the best WRT Audi lost plenty of time. Frédéric Vervisch was fourth when the car started to suffer from vibrations. The no 1 Audi pitted to change the front splitter, lost six laps and dropped from 4th to 37th position.

The fastest car from Saintéloc Racing is 16th with Christopher Haase. All eleven Audi R8 LMS cars are still in the race.