Audi in leading group after 8 hours 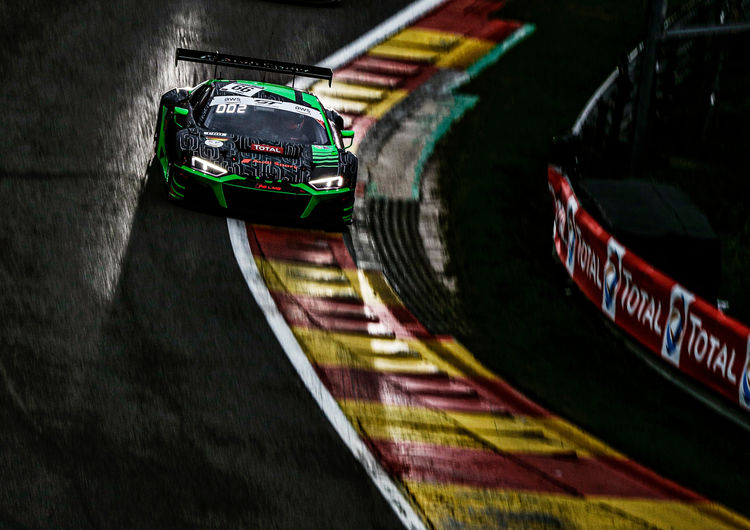 Audi Sport Team Attempto leads the 72nd running of the Spa 24 Hours on 183 laps. Having remained within the leading group given the pit stop sequences, Audi Sport drivers Mattia Drudi, Patric Niederhauser and Frédéric Vervisch took the lead with the number 66 Audi R8 LMS during the eighth hour. Behind them, Audi Sport Team Saintéloc continued to move forward after losing time due to a wrong tire choice in the second hour, moving forward from 28th to 14th by the end of the eight hour, running one lap down from the leaders. The youngsters in the number 30 Audi R8 LMS from Audi Sport Team WRT, Ferdinand Habsburg, Dennis Marschall and Matthieu Vaxivière, led the way for the Belgian squad in 21st place. Misfortune struck their teammates, Christopher Mies, Kelvin van der Linde and Dries Vanthoor, in the number 31 entry. During the sixth hour, van der Linde was running second and involved in battles on track when he was given a drive-through penalty for exceeding track limits, which dropped the South African to eighth place. Shortly thereafter, the number 26 Audi R8 LMS from Saintéloc Racing had a racing-ending accident with Christophe Cresp behind the wheel. This brought out a full course yellow that turned into a safety car period. It was during this time that the number 31 Audi R8 LMS came to a halt with van der Linde behind the wheel out on the circuit and retired with a drivetrain issue. Belgian Audi Club Team WRT (number 33) in 38th place rounded out the Audi R8 LMS quartet still running in the race.