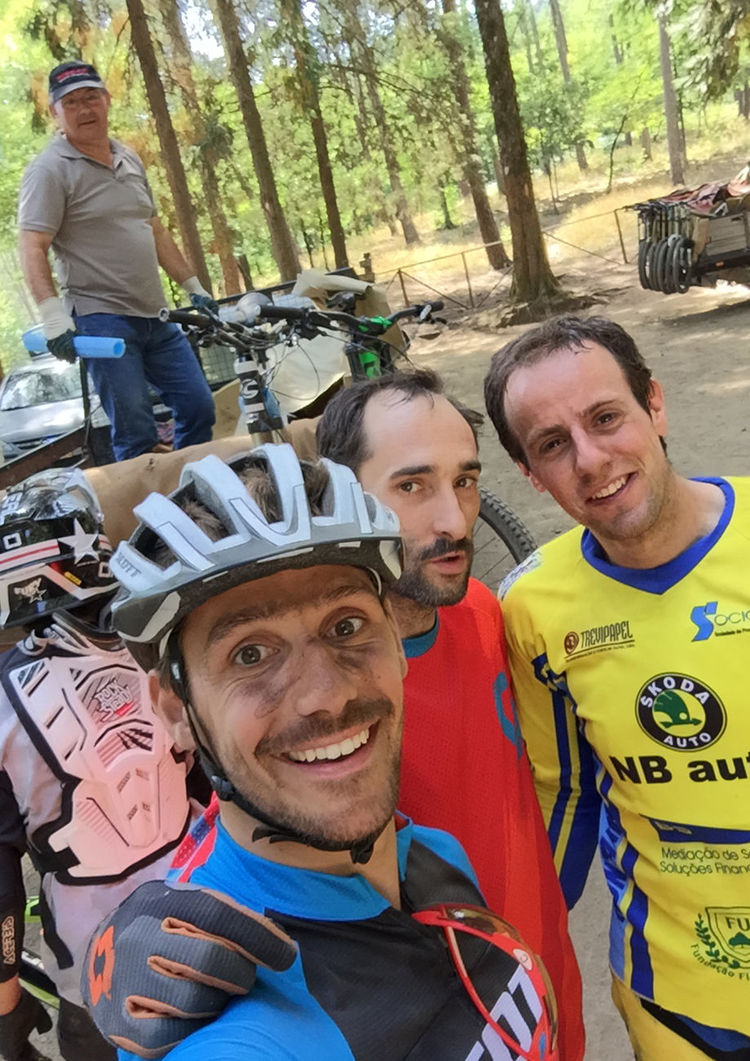 Filipe Albuquerque practicing Downhill rides
Filipe Albuquerque ventured onto a downhill trail on a mountain bike for the first time. Instructed by the three-time Portuguese Downhill Champion Helder Padilha, the Audi Le Mans driver trained on the challenging mountain biking trails in Lousã in his native Portugal. “The pace and the jumps were awesome,” said an amazed Albuquerque. “It’s mainly about courage, fitness, experience and fast reactions to obstacles.” Benoît Tréluyer had a ball on two wheels as well. In the French mountain resort ‘Les Deux Alpes,’ the three-time Le Mans winner tackled downhill trails on a bicycle as well, but also toured the Alps on his motocross bike. Meanwhile, their team-mates Loïc Duval and Lucas di Grassi were testing for the new FIA Formula E season at Donington.
Facebook
Twitter
LinkedIn
WhatsApp
Back to top