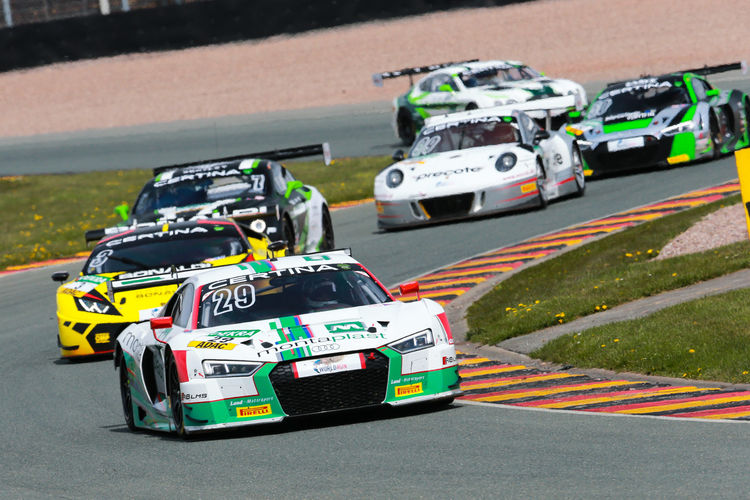 In round two of the ADAC GT Masters season held at the Sachsenring, Audi customer teams impressed in both races. In the first race on Saturday afternoon, Christopher Mies and Connor De Phillippi took second place. Daniel Dobitsch and Edward Sandström completed the podium.
In race two on Sunday, the Mies/Phillippi driver duo, following an overtaking maneuver on the race’s final lap, achieved a seventh place that was important for defending the lead of the standings. Rahel Frey and Philip Geipel were other drivers who had reason to celebrate. In the home round of their team, Yaco Racing, the two drivers took second place in the Audi R8 LMS. Laurens Vanthoor and Florian Stoll in third place perfected the podium success for Audi.