Skip to content
We are using cookies for a better user experience.
04/06/21
Neuburg a. d. Donau
Sport 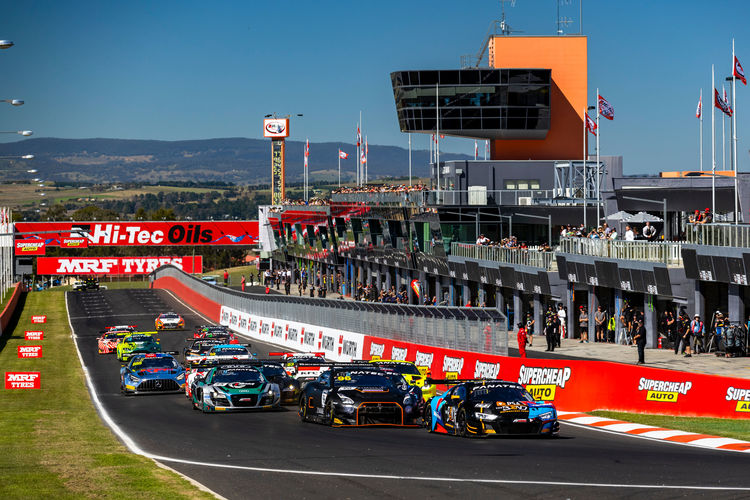 After the second race weekend of the GT World Challenge Australia, Yasser Shahin and Garth Tander remain at the top of the Pro-Am standings. The two Australians shared an Audi R8 LMS fielded by The Bend Motorsport Park team and celebrated their third win of the season at Bathurst. Shahin had taken over the GT3 sportscar fielded by the Melbourne Performance Centre from his teammate during the pit stop in the second race at Mount Panorama. Within 15 minutes, the former Audi R8 LMS Cup winner stormed from fourth to first place. With a lead of less than one second, Shahin relegated his pursuer Jefri Ibrahim in the AMG Mercedes to second place. The day before, both teams finished in reverse order. Shahin and Tander have a 17-point lead over Ibrahim in the standings after two of five events. Tony Bates and Chaz Mostert of Team Bostik Racing rounded out the results for the Audi privateers with two third-place finishes in both races in another R8 LMS. They share third place in the standings. In the Trophy class, another privateer was successful with Audi: Brad Schumacher won this classification in the Audi R8 LMS ultra in both races.