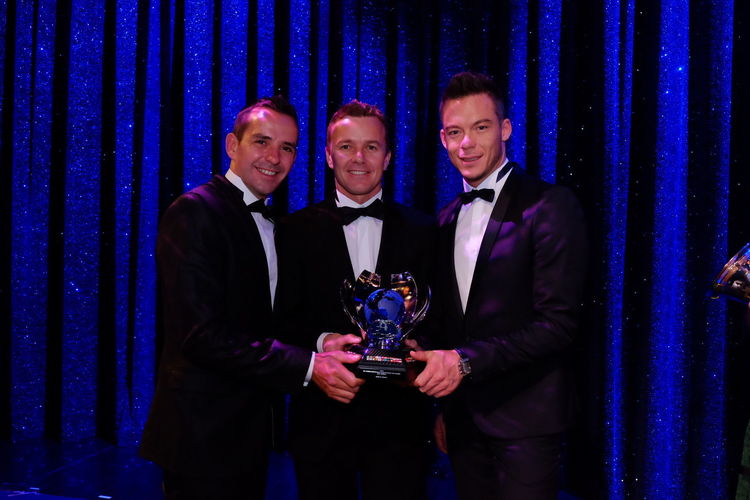 Marcel Fässler, André Lotterer and Benoît Tréluyer as the runners-up in the FIA World Endurance Championship (WEC) received their trophies in Paris. On Friday, the three Audi drivers attended the gala event at which the FIA honored all the prize winners. In 2012, the driver trio won the first-ever FIA WEC title, was the second-best driver squad in 2013, 2014 and 2015, plus, with ten individual victories clinched in 32 races, is leading the list of the most successful driver pairings by a large margin. In 2015, they were the only team to mount the podium in all eight FIA WEC events.