Audi driver Nico Müller warms up with a dig 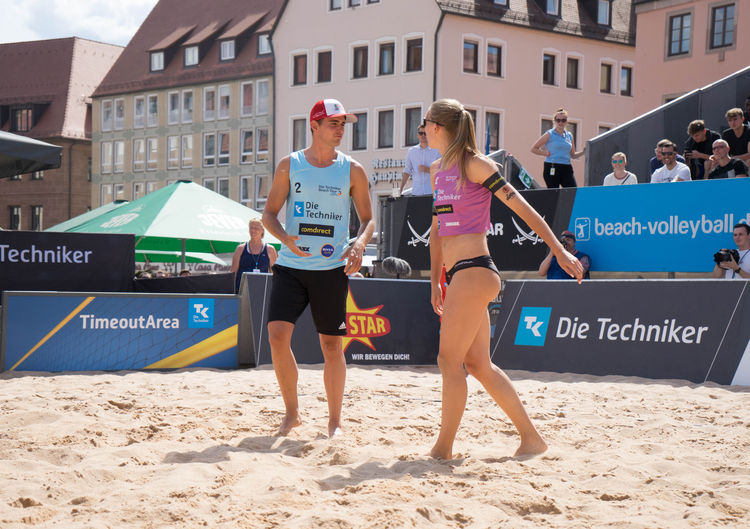 Nuremberg, DTM – everyone, of course, automatically thinks of the classic German city race. However, two months before the touring car elite tackle Audi’s home race on the Norisring, another sporting event captivated the Franconian metropolis: the Techniker Beach Tour, the largest national beach volleyball tournament series in Europe. Joining the action this year was Audi works driver Nico Müller. For a show match, broadcast live on ran.de, the Swiss joined Germany’s national volleyballer Sandra Ittlinger to play against his DTM opponent Marco Wittmann who received support from the national player for Croatia, Maja Rosko. Müller: “That was a change and huge fun. It has now awakened the fighting spirit for my upcoming races at Misano. And the avid Nuremberg fans also roused my excitement for the Norisring race.” The Italian venue hosts the DTM from 7-9 June, with the Norisring DTM highlight held on the weekend of 5-7 July. It was there that Nico Müller celebrated his maiden DTM victory in 2016.