Skip to content
We are using cookies for a better user experience.
01/27/18
Neuburg a. d. Donau
Motorsport 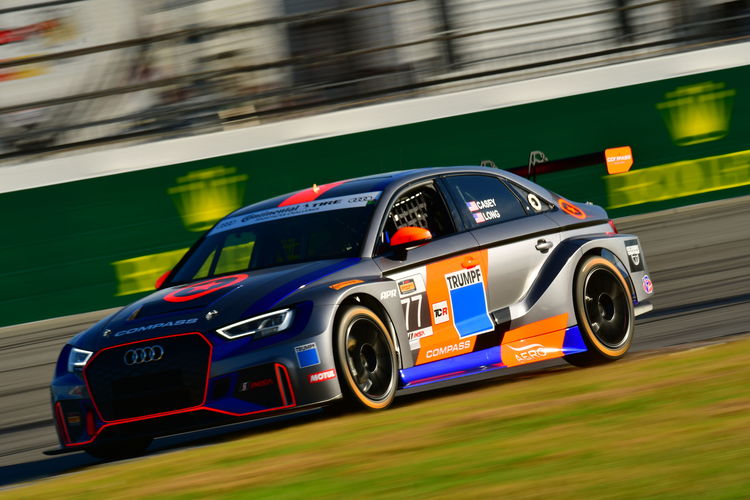 The Audi Sport customer racing teams enjoyed a successful season opener in the IMSA Continental Tire SportsCar Challenge. The Audi RS 3 LMS dominated the new TCR class at Daytona throughout the whole race. Team Compass Racing from Canada won the TCR class with its American line-up Britt Casey Jr./Tom Long. “It was my first win in Daytona and we clinched it in an Audi. That was unforgettable”, said Britt Casey Jr. Tom Long added: “The TCR class is absolutely exciting and the racing is so close. What a great start to the season.” After four hours of racing, their team mates Rodrigo Sales/Kuno Wittmer crossed the finishing line just 1.955s behind in second place. Trailing them in third spot a mere 79 thousandths of a second adrift were Matt Fassnacht/Justin Piscitell from Murillo Racing. Lee Carpentier/Kieron O’Rourke from Team eEuroParts.com Racing completed an Audi 1-2-3-4 in the TCR class.