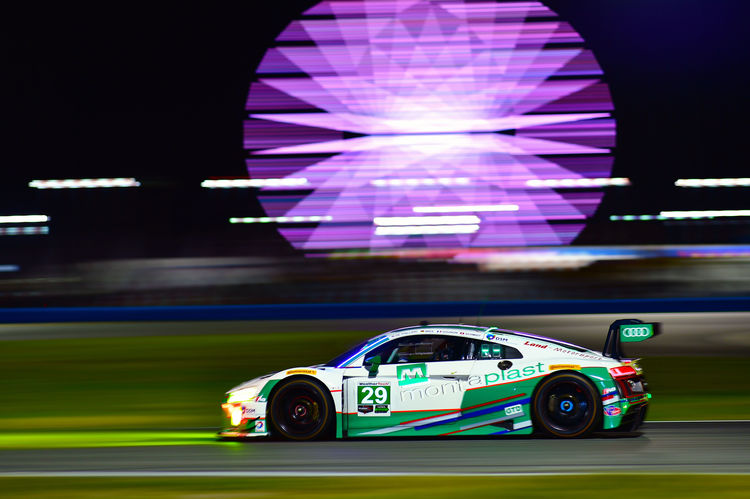 Montaplast by Land-Motorsport narrowly missed the GTD class victory in its first participation with the Audi R8 LMS at the Daytona 24 Hours: Jules Gounon, Christopher Mies, Connor De Phillippi and Jeffrey Schmidt were beaten by the Porsche team, Alegra Motorsports, with a margin of merely 0.293 seconds after 634 laps. Two more customer teams completed the result with Stevenson Motorsports in fourth place and Alex Job Racing finishing sixth. “With positions two, four and six, and with only three tenths of a second between us and first place, we can certainly be proud of our results in the season opener in North America. All three of the cars performed perfectly and each of the three customer teams led the GTD class at some point. It was a great performance by everybody in a race that remained open and exciting until the very end. Even if it was not enough to win again this time, it was still a great result for Audi Sport customer racing and we congratulate our colleagues from Weissach,” said Chris Reinke, Head of Audi Sport customer racing.