Audi controls the pace at half-time 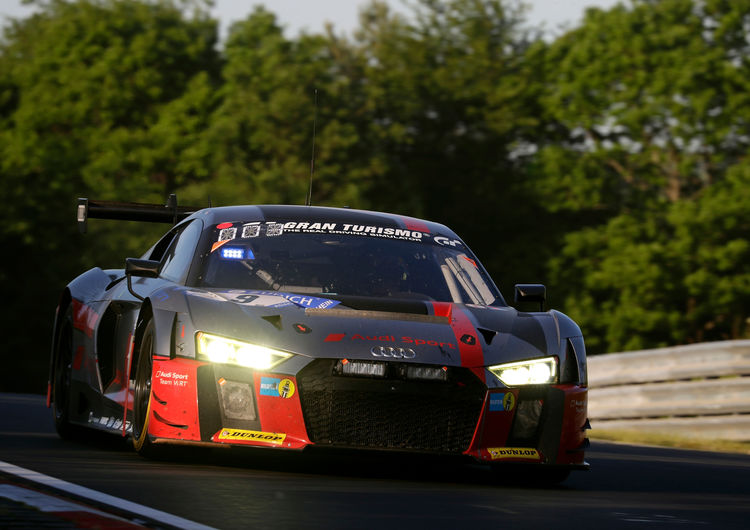 Audi has held the lead at half-time of the Nürburgring 24 Hours with the R8 LMS. Just before halfway through the race, the car number 29 from Audi Sport Team Land from Kelvin van der Linde/Christopher Mies/Connor De Phillippi/Markus Winkelhock was at the front of the field. Van der Linde recorded a new fastest lap of the race in the twelfth hour with an 8m 22.262s. A few minutes before the halfway point, he was forced to make an unplanned pit stop in lap 77 following a punctured tire. Consequently, the quartet briefly fell back to third place. The new leaders with a 59-second advantage were Marcel Fässler/Robin Frijns/Nico Müller/René Rast from Audi Sport Team WRT. In fifth place followed Christopher Haase/Pierre Kaffer/Christopher Mies/Connor de Phillippi from Audi Sport Team Land. The two privately entered Audi R8 LMS cars occupy 42nd (Car Collection Motorsport) and 43rd (Phoenix Racing). In the TCR class, the Bonk Motorsport team is second with the number 172 Audi RS 3 LMS.