Audi celebrates on the podium in Spa 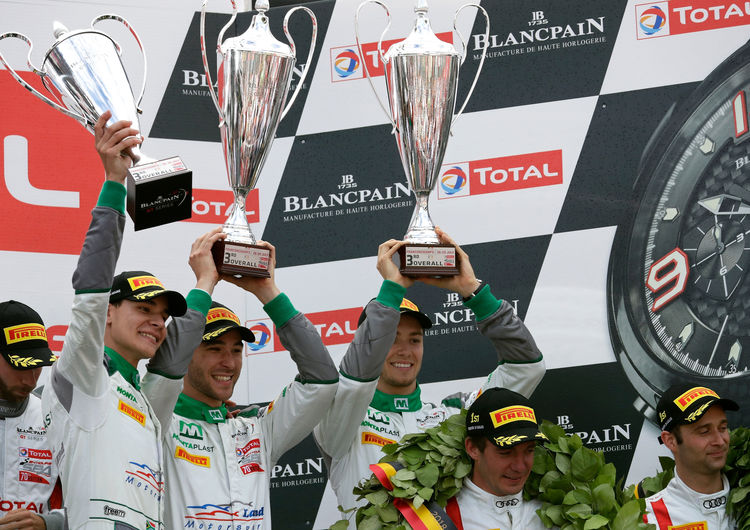 The Audi R8 LMS made it onto the podium in a hard fought 70th edition of the Spa 24 Hours. After 511 laps at the circuit in the Ardennes mountains Kelvin van der Linde, Sheldon van der Linde and Jeffrey Schmidt (Montaplast by Land-Motorsport) celebrated in third position. Fellow Audi drivers and last year’s winners Christopher Haase and Markus Winkelhock as well as Frédéric Vervisch (all Audi Sport Team Saintéloc) missed the podium narrowly and finished the race in fourth position. DTM drivers Robin Frijns, Nico Müller and René Rast saw the checkered flag in eighth position with R8 LMS from Audi Sport Team WRT. The no. 55 Audi of Attempto Racing finished 24th. It was being driven by Pierre Kaffer, Clemens Schmid and Kim-Luis Schramm.