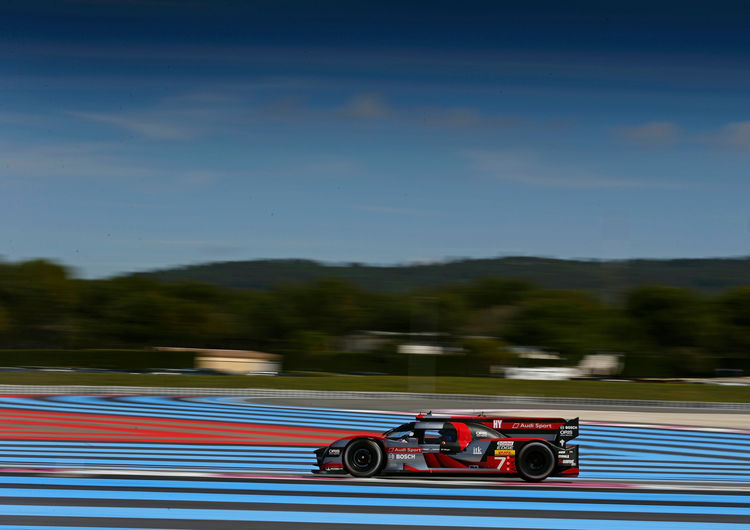 Audi warmed up for the fifth FIA World Endurance Championship WEC season at the prologue in Le Castellet. Over the Easter weekend, the new Audi R18 encountered for the first time the LMP1 racecars produced by the other two automobile manufacturers. “This was however no show of strength in respect of the season opener at Silverstone in three weeks time,” said Dieter Gass, Deputy Head of Audi Sport. “We have made many excellent findings during this test, which we must now implement technically.” Marcel Fässler/André Lotterer/Benoît Tréluyer (CH/D/F) performed the test work on Friday and Saturday. After the end of the prologue, Lucas di Grassi/Loïc Duval/Oliver Jarvis (BR/F/GB) continue the test on Sunday and Monday on the high-speed circuit in Southern France.