Audi and EKS continue string of successes in World RX 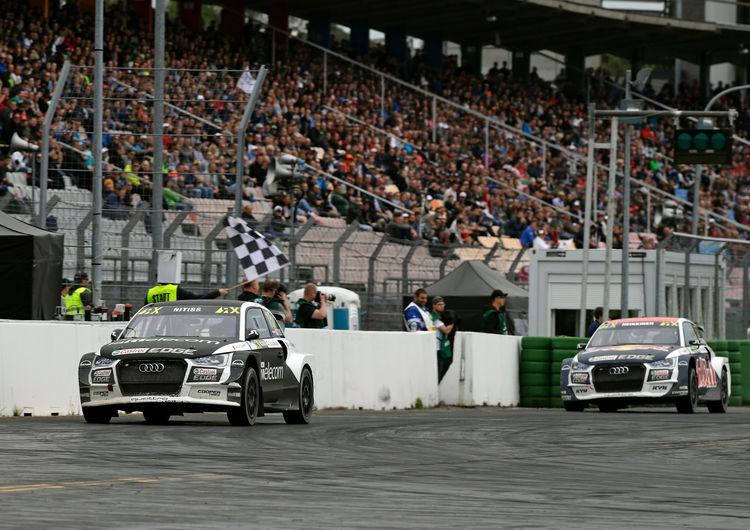 In the FIA World Rallycross Championship, Audi and EKS continue to ride on a wave of success. Round three at the Hockenheimring saw Mattias Ekström, Toomas Heikkinen and Reinis Nitišs in their three Audi S1 EKS RX quattro (560 HP) cars qualifying for the semi-final of the twelve best drivers for the third time. “That was hard work yesterday and today,” says Ekström who, after the four qualifying rounds, is ranking in fourth place overall. “As always, our goal was to have all three cars in the semi-final. We achieved this, but now we’re obviously aiming to win at least one trophy,” says the Swede who celebrated a brilliant one-two victory together with his teammate Heikkinen at the World RX event held in conjunction with the DTM’s season opener last year. In 2017, Ekström is again competing in both the World RX and the DTM where in race one, following a fierce recovery, he advanced from grid position 17 to fifth place, scoring his first championship points. In the World Rallycross Championship, the reigning World Champion as well as Heikkinen and Nitišs will be battling to make it into the final on Sunday, starting at 11:10 CEST. The showdown at Hockenheim will begin at 11:35 CEST.