Audi ahead after two thirds of the race 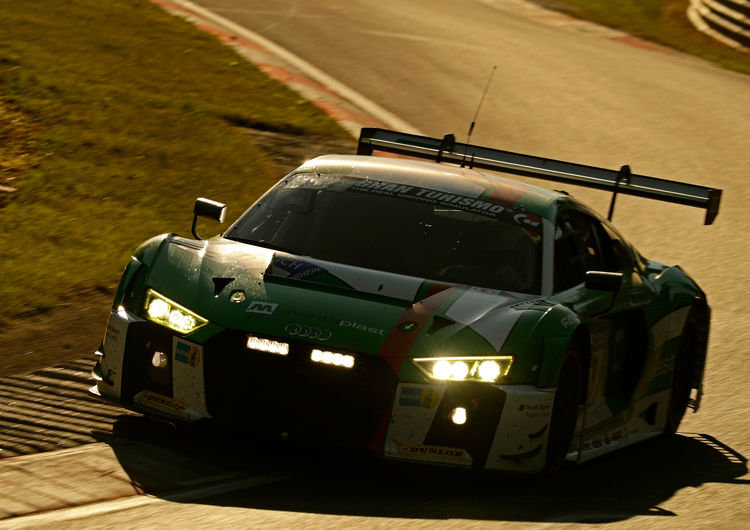 The Nürburgring 24 Hours is still going according to plan for Audi. Audi Sport Team Land and Audi Sport Team WRT have alternated the lead during each other’s pit stop sequences. Kelvin van der Linde/Robin Frijns/Nico Müller/René Rast continued to hold the lead from the 12th to the 16th race hour. Marcel Fässler/Robin Frijns/Nico Müller/René Rast from Audi Sport Team WRT remain within striking distance and took over the front position from the leading Audi in the pit stop phase. The second Audi R8 LMS from Audi Sport Team Land has had to face many setbacks. An abnormality in the throttle response of the engine forced Christopher Haase to make an unplanned stop. After analysing the cause, another stop followed to correct the defect. Haase later lost time again due to a tire puncture. The number 28 Audi thus fell back to 16th. Phoenix Racing battled its way back to the top 30 with its Audi R8 LMS, whilst Car Collection Motorsport occupy 33rd.