Audi ahead after four hours 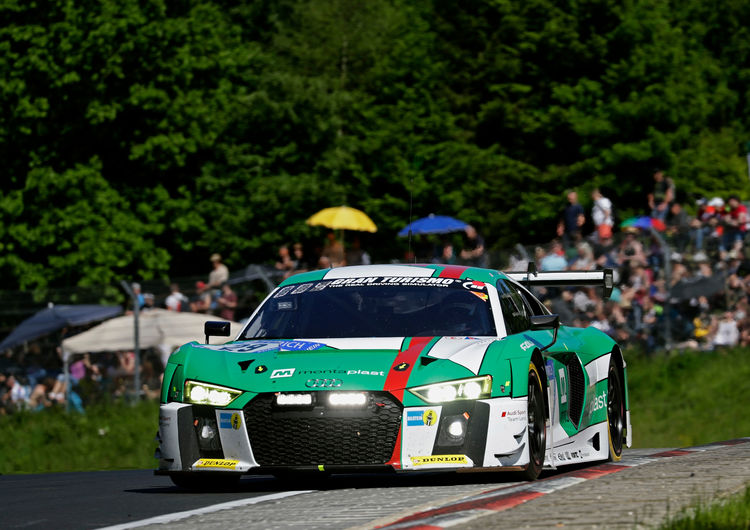 Audi is controlling the pace at the Nürburgring 24 Hours, asserting itself strongly with five R8 LMS cars in the top ten. In the beginning phase, Audi Sport Team WRT was the fastest Audi team. The two Audi R8 LMS cars, numbers 9 and 10, have alternated the lead, while in the third hour of the race it was car number 29 from Audi Sport Team Land which was at the front. Shortly before the end of the fourth race hour, Kelvin van der Linde set the fastest lap of the race with an 8m 23.615s. The South African led the proceedings with a 5.6 second advantage over Frank Stippler from Audi Sport Team WRT. In the number 9 WRT sister car, the Dutchman Robin Frijns followed in fourth place, in front of Nicolaj Møller Madsen in the Phoenix Racing Audi. Christopher Mies from Audi Sport Team Land, after the first sixth of the race, occupies ninth position. In the TCR class, the number 173 Audi RS 3 LMS from LMS Engineering is second, while in fourth is the number 172 from Bonk Motorsport.