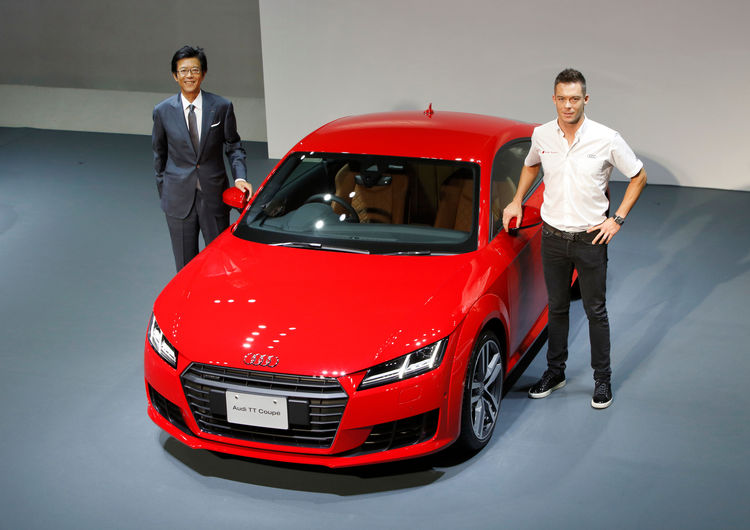 Audi driver André Lotterer attended the press preview for the new Audi TT Roadster and TTS in Tokyo on Thursday. Audi Japan launched the two models on its domestic market and invited the guests to an event in the ‘Studio Earth’ on Tokyo Tower, an architectural landmark in Shiba Park in the Japanese capital. 110 media representatives from Japan and around 50 other guests visited the presentation of the models, which are very popular within the Japanese sportscar market. André Lotterer, currently FIA WEC championship leader with Audi, talked about his expectations for the 6 Hours of Fuji, which is set to be held on 11 October.