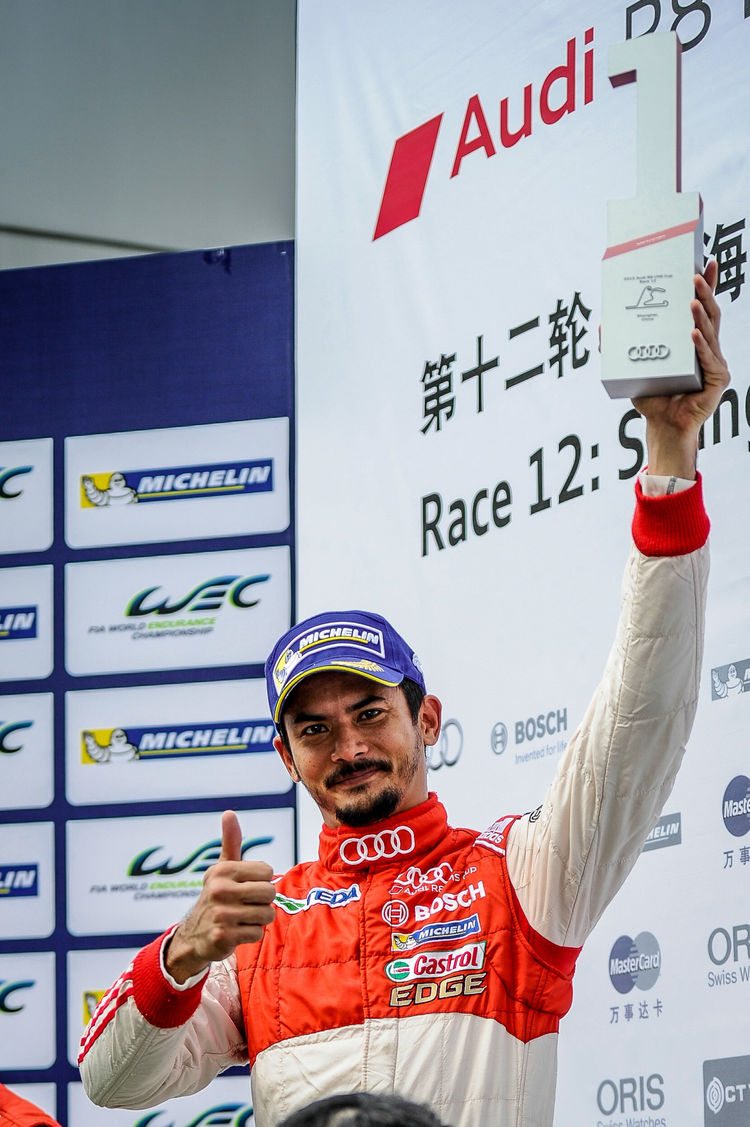 In an exciting finale, Alex Yoong won the Audi R8 LMS Cup for the second consecutive year. The Malaysian race driver clinched his fourth win of the season in round twelve of the series at Shanghai. Runner up was fellow title contender Cheng Congfu ahead of Rahel Frey. In round 13, Yoong had to start with 50 kilograms of ballast owing to his success and dropped back to sixth position. His opponent Cheng Congfu finished third behind Aditya Patel and Marchy Lee. The results meant the Chinese was ultimately beaten by just one point in the final standings. „That was extremely nerve-wracking, but the title tastes all the sweeter“, said a happy Yoong.