Skip to content
We are using cookies for a better user experience.
04/14/19
Neuburg a. d. Donau
Sports 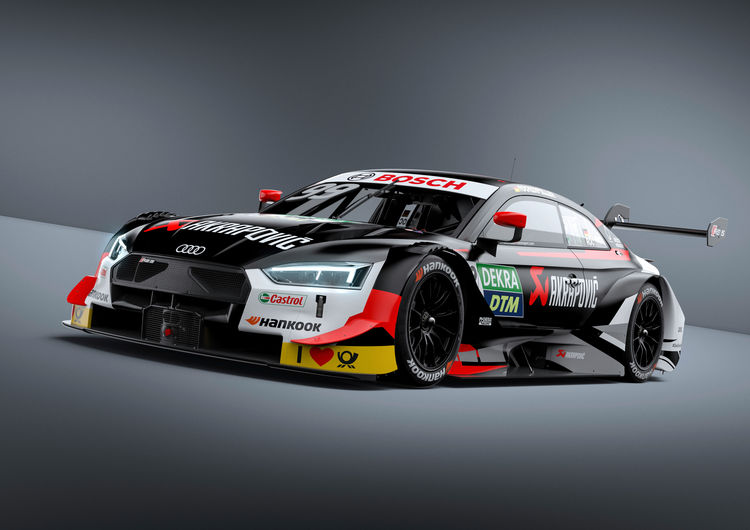 Audi Sport and Akrapovič have been partners in motorsport for ten years now. As befits the anniversary of the Slovenian company that develops premium-class exhaust systems, an Akrapovič Audi RS 5 DTM will be racing for the first time in the DTM in 2019. At the wheel will be Mike Rockenfeller, one of the most experienced DTM drivers.

“Rocky” is tackling his eighth season for Audi Sport Team Phoenix he won the DTM title with in 2013, but subsequently experienced a roller coaster ride. “We tried to make a lot of changes to our structure and approach over the winter,” says “Rocky.” I’m optimistic that 2019 is going to be a good year for me personally.”

The German is excited about the new DTM season. “I love the new turbo engine and am sure that the fans will love it too,” he enthuses. “The sound is fantastic and the car is much faster and more spectacular. With Aston Martin’s entry, new faces and new color is coming into play. I’m looking forward to a new era in the DTM and to thrilling races.”