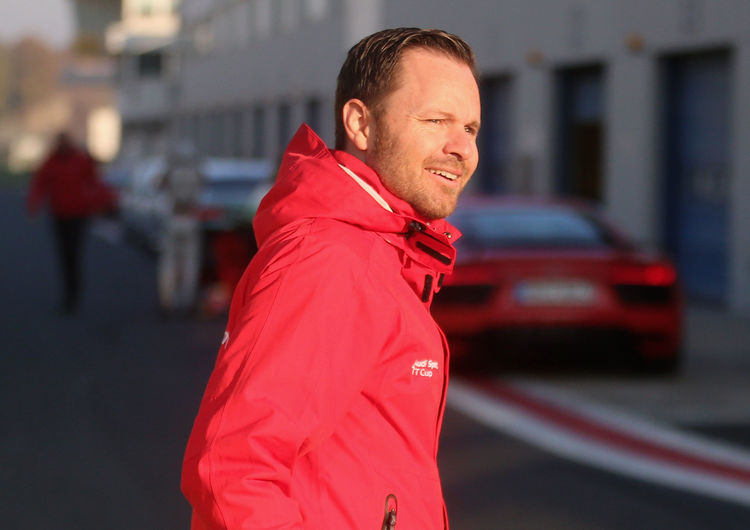 The driver evaluation for the Audi Sport TT Cup 2016 is finished. The responsible personnel around Project Leader Rolf Michl are now spoilt for choice in the task of allocating the 20 permanent cockpits to the budding talents.

What’s your conclusion after the evaluation process?

Interest in the Audi Sport TT Cup 2016 is huge. We received 125 applications from 36 nations. The multitude of international candidates underlines the significance of the cup. We invited the most promising talents to a two-stage evaluation process and got a very good impression about their abilities both on and off the race track. From what we have seen, I am convinced that we will be in a position yet again to present a strong driver lineup.

What expectations do you have for the Audi Sport TT Cup 2016?

We aim to improve even further the very high level we saw last year. The fantastic performance of our starters in the premiere season was one reason why the Audi Sport TT Cup established itself on the racing scene immediately.

At this stage in time, I can confirm that the Audi Sport TT Cup will race alongside the DTM this coming year in Budapest and at Zandvoort. We have increased the number of permanent starters from 18 to 20, and have introduced a Rookie classification for new drivers up to the age of 20 in the TT Cup.

Promoting talent is of great importance in the Audi Sport TT Cup. Do the top three finished from the premier season already have any concrete plans?

Our Champion Jan Kisiel and second placed Nicolaj Møller Madsen are currently in close negotiations with GT3 teas from Audi Sport customer racing. As a result, they’ll probably remain a part of the Audi family and make their next career step in the GT3 arena. We are delighted that Dennis Marschall has decided to drive another year in the Audi Sport TT Cup.