A word from … Nicolaj Møller Madsen 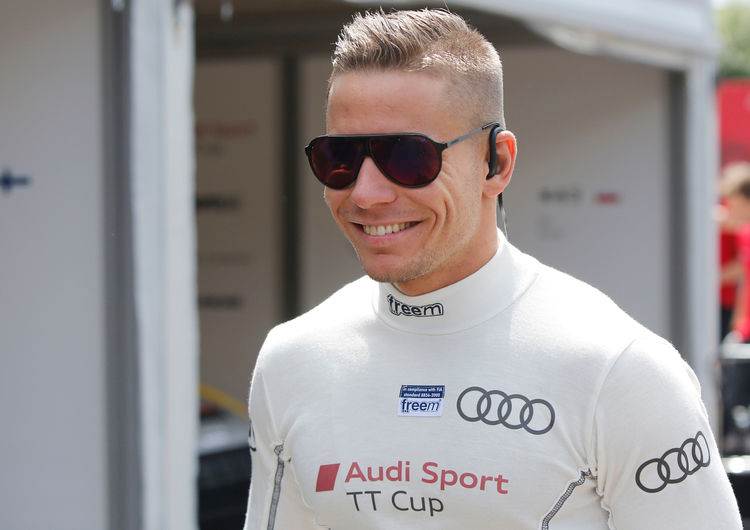 The Dane is the mid-season Audi Sport TT Cup leader.

Nicolaj, what has been your highlight in the Audi Sport TT Cup so far?

That’s hard to say. On track, it’s definitely been my victory at the Norisring. The atmosphere with all the Audi fans in attendance is impressive. It wasn’t an easy race either. I started from position four on the grid and had to battle my way forward. But off track, the Norisring has left the strongest impression with me too. Following my victory, Dr. Wolfgang Ullrich, Tom Kristensen and Marcel Fässler personally congratulated me. That was definitely a cool moment and my father was obviously proud of me.

You are 18 permanent entrants in the Audi Sport TT Cup. Rivals on track, but friends off track? It always looks as if you’re having a lot of fun with each other?

Yes, that’s right. Not just we drivers get on well with each other, but the instructors, Markus Winkelhock and Marco Werner, and the entire organizational team, are great, too. Being in the Audi Sport TT Cup is simply fun and when things are also going well on track, so much the better.

How important is physical fitness to you for being successful in racing?

In my opinion, it’s one of the most important aspects. Everyone is improving from race to race. So, when you have the same equipment, like in the Audi Sport TT Cup, physical fitness can make the difference, even more so than mental strength. You can’t do well when you’re exhausted.

It’s halftime now in the Audi Sport TT Cup. What are your plans for the second half of the season and what are your sporting aims for the future?

I’m going to continue what I’ve been doing during the first half of the season, in other words, hard workouts at the gym, on my bike and so on. For the races, I prepare myself with simulator training and video data. If I manage to keep my strength and regularly score points, then I’ll be able to stay in contention at the very front up to the season finale at Hockenheim, too. I’d love to stay with Audi in the future. If an opportunity in the GT3 program opened up afterwards, that would be terrific. But my biggest aim is Le Mans.

Have Danish race drivers inspired you in your career?

Tom Kristensen was, and still is, my biggest inspiration – as a person and by the way he works. He’s my biggest role model.