A word from ... Mike Rockenfeller 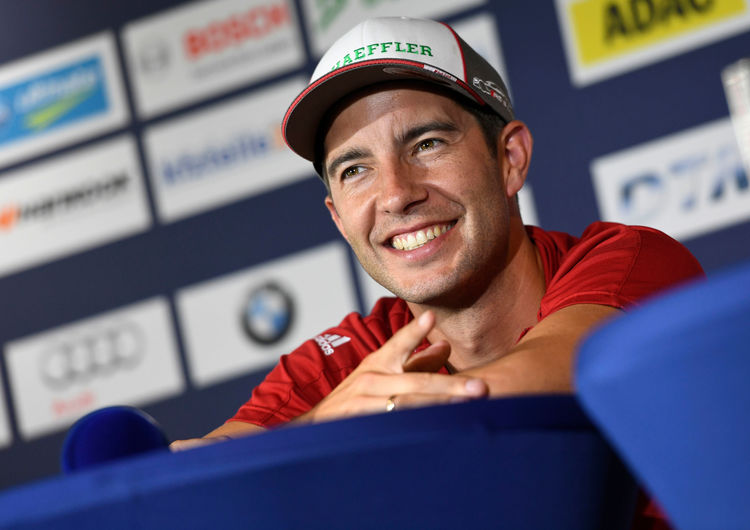 Mike Rockenfeller celebrates his 33rd birthday on Monday. Last Friday, he sat at the wheel of an Audi test car for the 2017 DTM season.

How did the test at Oschersleben go?

It was very interesting for me to drive for the first time the different tire compounds, which we can choose from in the 2017 season. The car was also not the same as the ones we drove at the season finale, but in fact a hybrid. It still wasn’t the final car for the 2017 season, but it had several things for next year. It was very intriguing to see how the tires and the car behaved. Oschersleben is also a good circuit where you can be hard on the material – this is very important at this stage because it involves testing the reliability of the new components and to release the parts for competition. In my opinion it was a very good test.

Is the DTM developing in the right direction?

Basically yes. The tire is certainly going in the right direction, if it comes like this. The car will also be more interesting. But the tire will make the biggest difference. Driving without pre-heated tires is also a new challenge in the DTM, which I already know from other racing series’ and that will make a big difference. There are many new challenges for next year, which in my opinion will ensure that the DTM evolves positively.

What’s it like to drive a DTM car without pre-heated tires?

It was obviously very cool at this time of year in Oschersleben. You have to be very cautious on the first lap out of the pits. On the other hand you have to push immediately in the race. The trick will be to find the balance between making no mistakes and not losing too much time.

After three years in an almost unchanged car there is plenty of development work on the agenda over the coming winter with the successor to the Audi RS 5 DTM. Are you looking forward to this?

Absolutely, this is an exciting phase. Since the omission of the option tire, there were actually no other changes in the DTM. During the winter it was just detail work. Now there is another big step and more room to maneuver. This is always interesting, because the driver will move more into the limelight in the DTM next year.

It is now official that only 18 instead of 24 cars will race in 2017. Do you view this point as negative as some of the media?

Not at all. Of course, every driver and every fan wants as many cars as possible on the grid. But I think the focus in the races is anyway on the top third. It’s crucial that the races are exciting with many overtaking maneuvers and the cars are fascinating. And in these aspects the DTM is on the right path.