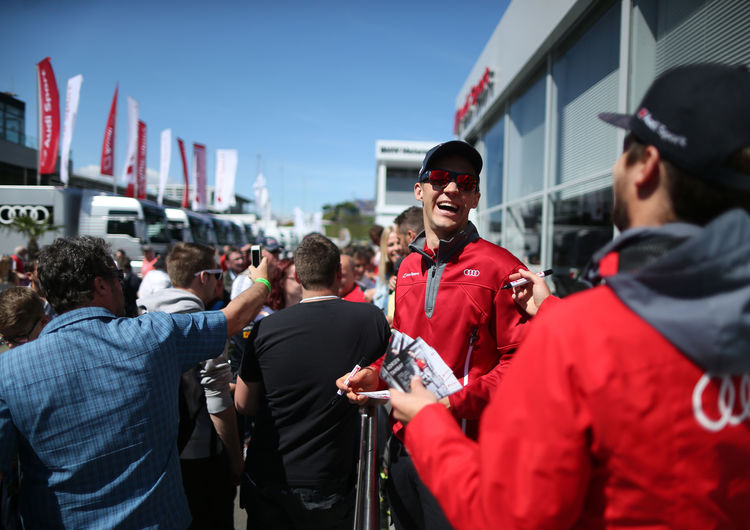 The DTM star discusses his turbulent weekend at the DTM in Spielberg and his wins in the World Rallycross Championship.

Absolutely! Sometimes a second place feels like a win. Today was such a day. The race was fantastic and was huge fun. I overtook several rivals on the track, we had the right strategy and an extremely fast pit stop – I think only 2.6 seconds! And this although my guys had worked until late in the night to give me a perfect car again after the mess in turn one yesterday.

New lap record on Saturday, a fantastic comeback drive on Sunday – why on the other hand did things not run so well in both qualifying sessions?

To be around tenth position twice in qualifying is not good enough to win races in the DTM. On Saturday I deserved the grid positon because I was simply the crucial tenth too slow. But on Sunday I was good enough be between third and fifth – and then somebody gets in my way! I’d love to banish the qualifying blues. At the Lausitzring we must try to qualify in the top five. That would already feel like a small victory because qualifying is everything in the modern DTM. On some tracks you can make up the difference in the race – assuming the fools are far enough away …

You heavily criticized some of your fellow drivers at the weekend. Why?

I get along with almost everybody on the DTM grid. But there are two or three candidates who still haven’t grasped how the DTM functions. In my opinion they cause damage and accidents in almost every race – I’m sorry for the other drivers, teams and the fans. I’m not in a position to say they don’t belong here. But their performances in the races don’t belong here. This is not what the DTM is all about. I’ve repeated myself often during this weekend: the two, three candidates are really nice people, but when they climb into a race car they are unrecognizable.

This coming weekend, you compete again in the World Rallycross Championship. With two consecutive wins most recently things are running perfectly for you, or not?

The crazy thing is that I feel completely at home in both my Red Bull Audi RS 5 DTM as well as my Audi S1 EKS RX quattro. However, in the DTM I fight in the midfield, in the World Rallycross Championship for victory. You also need a little luck in motorsport. Perhaps I had more than my fair share of luck on the first couple of weekend in rallycross and too little in the DTM. But I hope that the hard work in both series’ pays off. Anyway, giving up is not an option for me. Anybody who knows me knows this. I’ll fight until the bitter end.