Links
{{ activeItem() }}
Twitter
09/23/21
MEDIAINFO: 100 days to go until the Dakar Rally: A race against time for Audi Sport &gt;&gt; https://t.co/tNLOfBm45l… https://t.co/xsF4kkNwxL
09/23/21
[1/2] Good luck to the Audi teams: 🇪🇸 @GTWorldChEu Sprint Cup finale at @CircuitValencia 🇩🇪 NLS @vln_de at… https://t.co/vv3SZUrN78
09/21/21
From the USA to Germany, we are welcoming an iconic driver to the Audi family. Get ready for a new type of high per… https://t.co/9jxN8IZset
09/21/21
MEDIAINFO: Welcome! Audi electrifies with U.S. star Ken Block &gt;&gt; https://t.co/8LMhH7KPDe #FutureIsAnAttitude… https://t.co/5G1CPyZm0c
Audi Sport on Twitter
{{ activeItem() }}
Facebook
09/23/21
Under the skin of our new Audi RS Q e-tron. T-100 days until the start of the 2022 Dakar Rally. >> audi.com/Dakar #FutureIsAnAttitude #RoadToDakar #Dakar2022 #RSQe-tron -------------------- This vehicle shown here is the Rally Dakar vehicle that is not available as a production model.
09/21/21
Racer, drifter, progressive thinker. There is a new face on the block who is ready to redefine high performance. Meet the newest member of our team now >> at.audi/KenBlock #FutureIsAnAttitude #Audi #AudiSport #etron -------------------- This vehicle shown here is the Rally Dakar vehicle that is not available as a production model.
09/20/21
Electrifying and exhilarating. Our partners at FC Bayern München got to experience the Audi RS e-tron GT* with a memorable afternoon at the Audi driving experience center at Neuburg an der Donau. Driving change never looked so fun. Discover more at >> at.audi/fcb-meets-e-tronGT #AudixFCB #FutureIsAnAttitude #etronGT #emobility -------------------- *Power consumption, combined*: 20.2–19.3 kWh/100km (NEDC); 22.5–20.6 kWh/100km (WLTP)CO₂ emissions, combined*: 0 g/km Closed roads/professional drivers,instructors present / do not copy.
09/20/21
Audi Sport Italia is on top of the standings in Italy thanks to another victory with the Audi R8 LMS. Adding to the success was a second overall GT3 triumph in China, a DTM Trophy win with the Audi R8 LMS GT4 and podiums for the Audi RS 3 LMS in four countries – just some of the highlights. Well done to our customers! 🇮🇹 🇨🇳 🇳🇱 🇩🇪 🇳🇴 🇪🇸 🇭🇷 >> audi.com/GT3 >> audi.com/GT4 >> audi.com/TCR #PerformanceIsAnAttitude
Audi Sport on Facebook 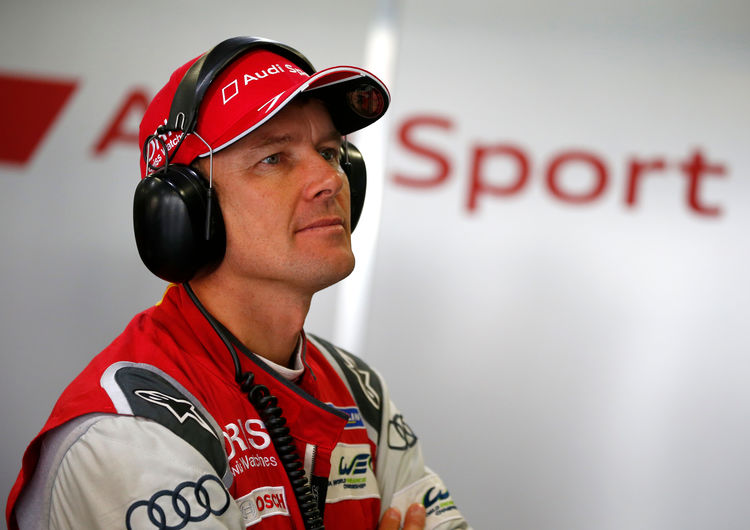 The Audi factory driver about the WEC season finale this coming weekend in Bahrain and Audi’s withdrawal from the WEC.

What’s your goal for the WEC finale in Bahrain?

Since Le Mans we have had a car that was essentially competitive and capable of winning. However, there were a lot of incidents that prevented the Audi R18 from winning. We are now fully motivated, and want to show just what the car is capable off and give Audi a victory in its final WEC race.

Audi concludes its program with the Le Mans sports car after 18 years. How do you look back on your time spent with Audi?

It was the best time of my career. I had a fantastic time in the LMP project, was able to drive some fabulous cars and had team mates with whom I am connected by a deep friendship.

With Audi you were the first Swiss automobile World Champion in history and celebrated three victories at Le Mans. From your point of view what was the greatest victory?

I had many great races and results with Audi, however my first victory at Le Mans in 2011 was in hindsight the outstanding experience. Le Mans means a huge amount to me and the race was incredibly tense until the very end, this victory was something unique.

With your team mates Benoît Tréluyer and André Lotterer you became the first FIA WEC World Champions in 2012 and today still hold the record of ten individual race wins. What makes this teamwork so special?

We are three completely different characters, however the team spirit was super from the very beginning. We really gelled and complemented each other exceptionally well. We have been through a lot together on and off the track and this strengthened our bonds.

What was it like working with Audi Sport Team Joest and Audi?

Working with Audi Sport was great fun because we drivers were heavily involved in the development and it was well communicated. Many friendships have been formed between myself and Audi Sport Team Joest. Everybody was always fully motivated, the mechanics worked their fingers to the bone – even when things weren’t going so well all of a sudden. This highlights the special spirit of this team. It was a wonderful journey with Audi and Joest and I am grateful that I was able to be a part of this success.