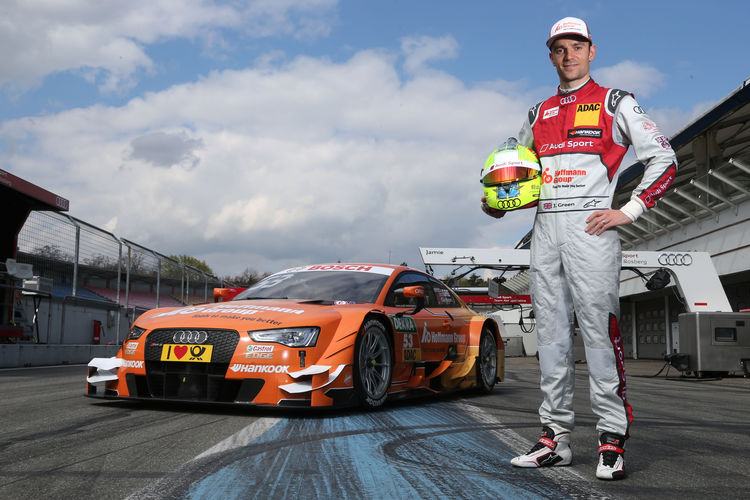 Audi driver Jamie Green in an interview about his expectations for the 2016 DTM season, his goals for the season opener at Hockenheim next week and the upcoming birth of his third child.

The new DTM season will start next weekend. Are you excited or is it just “business as usual?”

A little bit of both. I’ve been racing in the DTM for many years, so the situation isn’t new for me. But the season opener is always exciting because after the long winter break you don’t know yet where you stand in terms of performance.

The DTM rule makers have done a lot to create balance in the field. What can the fans expect?

I think there’ll be more intermixing of the brands. Last year, some of the races were dominated by a single manufacturer due to the allocation of the additional weights. In other races, another one would benefit from the weight distribution. I believe this year the relative strengths are no longer going to shift as much from race to race.

There have been other rule changes made for this season. What effects, for example, will the limitation of DRS use have?

The problem last season was that the chasers were able to use DRS throughout the race in order to stay on the heels of the driver in front. That made it difficult to pull clear of the car chasing you. The limitation now makes the race fairer.

Let’s change the subject. You’re expecting the arrival of your third child. Any news you’d like to share about this?

I’m intensively preparing for the season opener, but the upcoming birth of our baby is constantly in the back of my mind. I was present during the birth of my first children, but this time the due date falls on the Hockenheim weekend. We’re hoping for it to perhaps happen a little earlier. If not, the plan is for me to stay at Hockenheim.

What’s your goal for the season opener?

Last year, I won the first and the last race at Hockenheim. It would be great if I could repeat that.