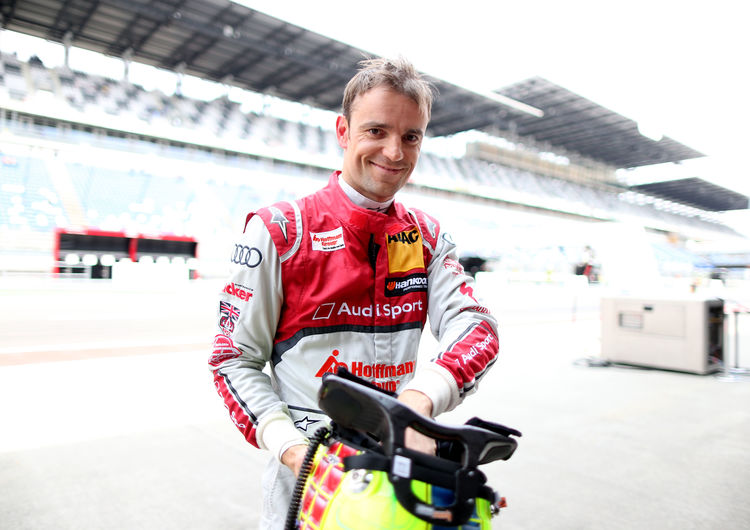 The Briton comes to the Norisring as DTM championship leader.

You current record this season boasts three wins after two race weekends. Your expectations for the coming weekend at the Norisring are surely not set for second place...

Not only I, but also Audi as a whole had a fantastic weekend at the Lausitzring. We couldn’t be any happier. Obviously, we would be delighted if things continue in the same vein. But there are also some reasons to be cautious.

They begin with the peculiarities of the street circuit in Nuremberg. At the Norisring it’s about top speed. This requires a completely different aerodynamic emphasis than at tracks where we only drive with a lot of downforce. Another factor is the success ballast that we have on board. My car weighs 1137.5 kilograms. Our lightest competitors carry around 32.5 kilos less. We are only successful if we keep our feet firmly planted on the ground and keep focused in our work.

You have a special relationship with the Norisring. You’ve won here four times already, a year ago you were second and best Audi driver. Why are you so good in Nuremberg?

My driving style is such that I brake very late. This appears to be particularly beneficial on the street circuit at these high speeds. You have to drive very precisely between the walls and crash barriers, be consistent and this for 70, 80, 90 laps long. The smallest mistake can end in tears, because there are no run off areas here like there are on permanent tracks.

Your racing form is dominant this year. How do you explain the excellent results?

There are no fundamental changes. In principal, the Audi RS 5 DTM is identical to last year. We refined the set-up during the winter and these technical developments suit me. We understand our car even better. However, we should never forget that we have strong competitors and the championship positions can change quickly in the DTM. The best thing would be to lead the rankings after the last race and not after the fourth ...