​A word from ... Head of Audi Motorsport Dr. Wolfgang Ullrich 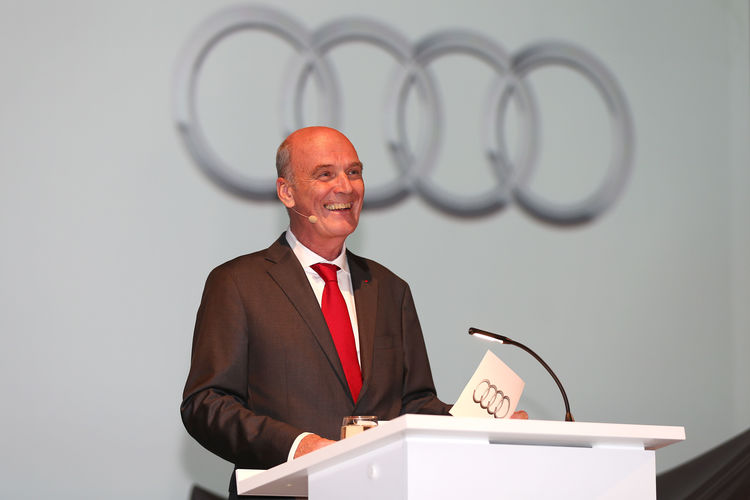 It was not an easy year for Audi Sport. We made a great start to the season and won a number of important races but unfortunately clinched no title in either WEC or DTM, which are our two most important programs. But 2015 has not been a season we need to feel bad about. Quite the contrary is true. Our target is always to be able to win. And that was the case in 2015 in WEC as it was in DTM. The Audi R18 e-tron quattro won the first two WEC rounds at Silverstone and Spa and we only just missed out on victory at Le Mans. The RS 5 DTM scored four consecutive victories at the beginning. This is something special as Audi Sport has moved from Ingolstadt to Neuburg at the end of last season. The logistical efforts were not easy at all and put an additional workload on the entire team. It speaks for Audi Sport that we succeeded in doing all that and in heading well-prepared into the new season.

Audi Sport customer racing is now based at Neuburg as well. They even moved premises in the course of the season. In this phase, the customer racing colleagues made the new Audi R8 LMS ready for production. And they worked so hard that they clinched the outright win in the fiercely contested Nürburgring 24 Hours first time out. Last but not least, quattro GmbH has also launched the new Audi Sport TT Cup. The new one-make cup was a hit out of the box and I regard it as an asset for the DTM weekends. All people involved can be proud of the result.

Audi Sport has been an own brand since this year and markets the R and RS models. Are you proud of this?

For us in the motorsport department, this is a strong signal: motorsport is part of Audi’s DNA and is firmly established in the Group. At Audi, the technology transfer between motorsport and road car production has materialized. Audi Sport has been synonymous for Audi’s success in motorsport for more than 35 years. The joint trademark for motorsport and the sportiest range of road cars underlines this again.

Is that the reason why Audi stays fully committed to motorsport in 2016 as well?

Our board knows how important motor racing is for the brand. That’s why we succeeded in extending the basic program of the past year into 2016 – we now aim at achieving success in an even more efficient way. WEC, DTM, GT sport and the Audi Sport TT Cup: that will all be part of the package of the Four Rings next year again. Of course we are asked to look after the costs and to use our budgets as efficiently as possible. That requires a lot of effort. But if we stand together as we always do at Audi Sport when times are getting a bit more difficult, we will master this challenge as well.