A word from … Edoardo Mortara 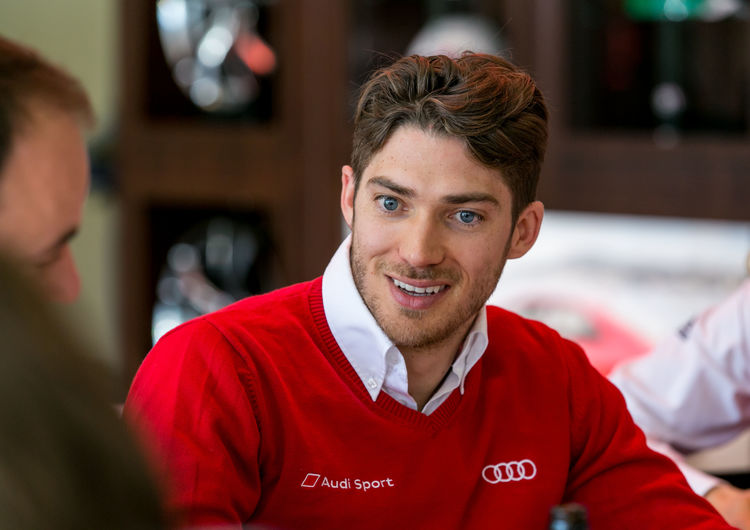 The Italian from Audi Sport Team Abt Sportsline after eight in 18 races ranks in second place of the DTM drivers’ standing with a deficit of only two points.

You gave Audi its first Norisring victory in 14 years last weekend. What kind of a feeling was that?

Obviously, that was a very special moment. Everyone at Audi and I, personally, was really happy to have ended this negative string. But the 25 points I received in the drivers’ and Audi in the manufacturers’ standings were even more important. In that respect, the race track doesn’t matter. You have to fight hard for any success in the DTM and being rewarded is a good feeling.

After four of nine DTM race weekends, you are in second place overall as the best Audi driver. So, in 2016, your only aim can be the title win…

By all means, but not just this year. After all, I had chances of becoming champion up to the season’s finale in 2015 as well. At the moment, things are looking pretty good again. But we’re still at a relatively early stage of the season to make any really reliable predictions. I’m thinking in small steps. There’s so much that can happen in the DTM. The lead of the standings changes after nearly every race.

The series will continue in two weeks at Zandvoort where you celebrated your second DTM victory in 2012. What are your expectations this year?

I’m not traveling there with specific aims. I’d simply like to give my best and achieve the maximum. If that means a sixth place I’ll be just as happy as with a second place. I’m expecting BMW, like last year, to be very strong again. I generally like the track a lot. There are many fluid, fast corners that suit me. I also like the coastal surroundings.

Germany beat Italy in the UEFA Euro 2016 quarter-final. Did you watch the game?

Yes, even though Germany is the reigning world champion the result came as a surprise for me, at least from a statistical perspective. Germany has never beaten Italy before in a major tournament. Losing on penalties is always unfortunate but generally speaking, I’m happy with the performance of my compatriots. Nobody had expected them to be playing such a strong tournament.