A word from … René Rast 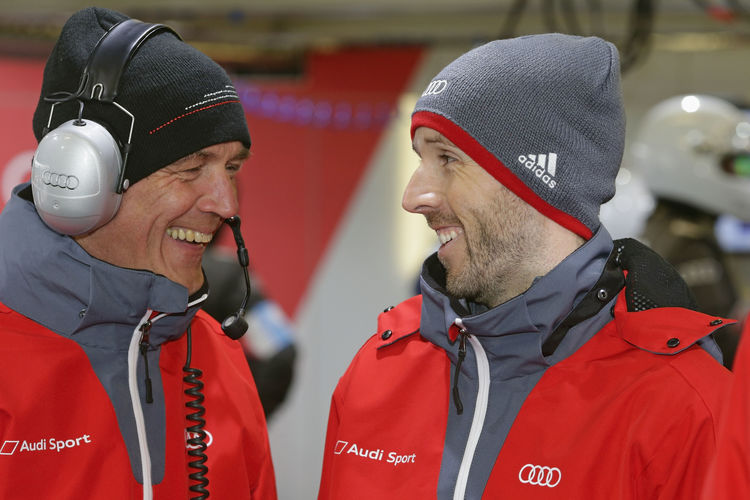 The WEC race at Spa-Francorchamps marks the beginning of a new stage in René Rast’s motorsport career, as the German will be contesting his first race in an R18 e-tron quattro for Audi. During the WEC opening round at Silverstone, Rast watched his team-mates in action.

At Silverstone, you were part of the team throughout the weekend. How important was this with respect to Spa and Le Mans?

The visit to Silverstone was an important part of my preparation. This was my first opportunity to get a taste of everything that goes on during a WEC race weekend and to watch the way my team-mates work and deal with various situations. This has given me some insight and an idea of what to expect at Spa, so now I’m really excited about my first race.

How has your onboarding in the Audi sports car family been going since your signing was announced last December?

Tremendous. I’ve been a member of part of the Audi family, Audi sport customer racing, for several years, so I already knew many of the drivers and technical crew members and it’s been a smooth transition. I instantly felt comfortable and again felt the warm welcome and immediate gelling with the team that makes Audi so special.

What does the Le Mans 24 Hours mean for you?

I suppose I feel about it the way most race drivers do. At least in Europe, Le Mans is the most important and most legendary car race. It’s always been one of my dreams to be on the grid there one day. This dream came true last year and I was able to gather initial experiences in the LMP2 category – which was even more impressive than I’d imagined. I’m tremendously proud about competing there for Audi this year.

The ‘dress rehearsal’ for Le Mans will be at Spa where you’ve won before in an Audi R8 LMS ultra. Will that be helpful for your race in the R18 e-tron quattro?

It definitely won’t hurt to contest your first race on a track you’ve got fond memories of. I’ve had many great moments there, including my two victories. I know the track really well, so it’s a perfect place for my first race in the Audi R18 e-tron quattro.