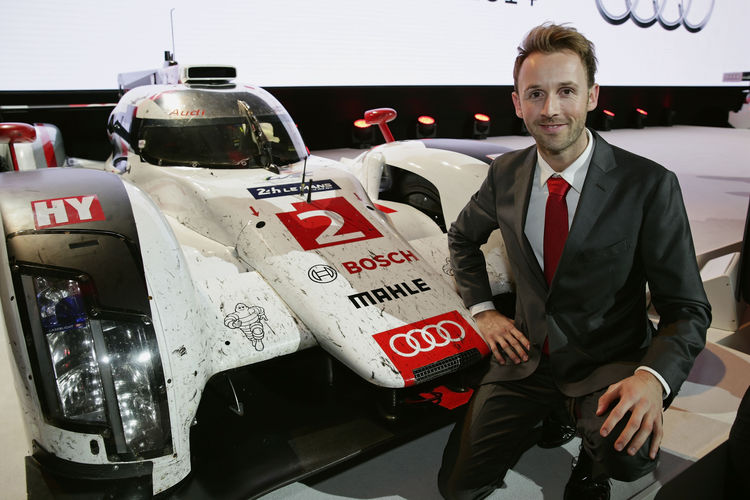 In a brief interview, the German talks about his promotion to the LMP1 class and the challenges at the wheel of the Audi R18 e-tron quattro.

Could you have imagined a year ago that you’d be making your debut in the Audi R18 e-tron quattro in 2015?

I’d been dreaming about such a cockpit and battling to get it for a long time but only a very small number of race drivers in the world are given this opportunity. Being one of those to have achieved this is a great honor and pleasure for me, particularly as I don’t have a lot of experience yet in sports prototypes and only drove an LMP2 in 2014 on making my debut at Le Mans. However, without this learning curve it would have been impossible to climb into an LMP1. That’s really a major step because the Audi R18 e-tron quattro is arguably the most complex and best race car in existence – a dream car!

And what was the response to your promotion?

I received a lot of messages and calls. The response was positive across the board. Many people told me that, following my successes, I deserve the place in Audi Sport Team Joest. That was nice to hear.

You’ll be complementing the WEC driver squad in the Spa 6 Hours and the Le Mans 24 Hours in the third Audi R18 e-tron quattro. How are the preparations going?

I drove the Audi R18 e-tron quattro at the end of 2014. That’s been my only stint in the LMP1 so far but there’s a lot more planned before my first start as an Audi factory driver in the Spa 6 Hours in May. My new team is supporting me superbly and I’m excited about the coming season – especially the Le Mans 24 Hours. I’m not setting myself any unrealistically high goals. Obviously, a place on the podium would be tremendous and should be our aim.

You were racing as a GT driver for a whole decade. Is this chapter in your career definitely over now?

I’m going to stay in GT racing. We’re still going to define what that will look like in detail.