A word from … Mike Rockenfeller 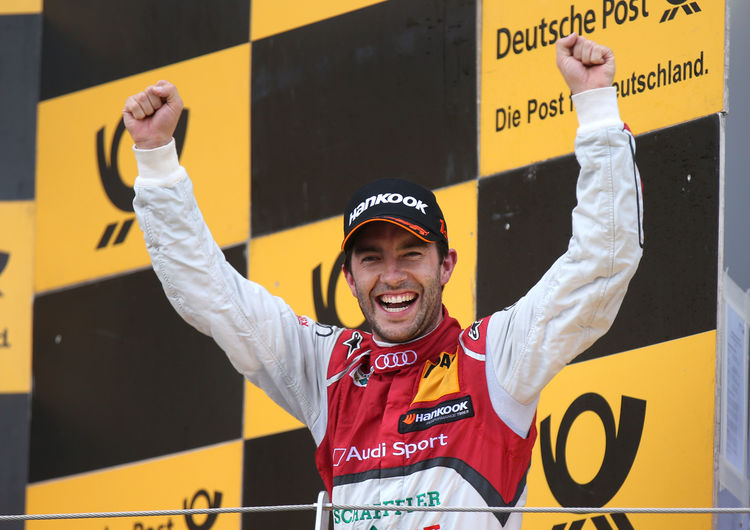 Mike Rockenfeller achieved his first victory of the season at Moscow. The German Audi driver in a brief interview.

How would you sum up the weekend at Moscow?
For me, this round was a roller-coaster ride this year. My qualifying on Saturday was not particularly good and the race afterwards was harmless. Then we made some minor changes that went exactly in the right direction. I had a tremendous car and, with the pole position and victory, a fantastic afternoon. I was very impressed by the fact that we managed this turnaround.

Your last victory dates to 2013, also at Moscow. What’s your impression of the country and the people?
I just like the race at Moscow. The people – be they fans or media – know a lot about racing and are enthusiastic whenever the DTM arrives. They welcome us with open arms and celebrate with the winners. That makes having won there twice in three years particularly sweet.

Two years without a victory – how do you manage to get through such a barren spell and keep motivating yourself?
Obviously, a situation like that is difficult. But we’ve all been in this long enough to be able to put things into perspective: I had three good years and now a few difficult races. The key is to keep your cool and to continue to concentrate on the job. Now we have another success experience, which is good for the whole squad.

Now, the last three rounds of the season are coming up within the space of seven weeks. What are your prospects?
Oschersleben, the Nürburgring and Hockenheim are tracks that suit Audi well and me personally, too. 150 points are yet to be awarded and the battle for the title is intensifying. The self-confidence we gained on clinching victory at Moscow will be helping us in the season’s final sprint.