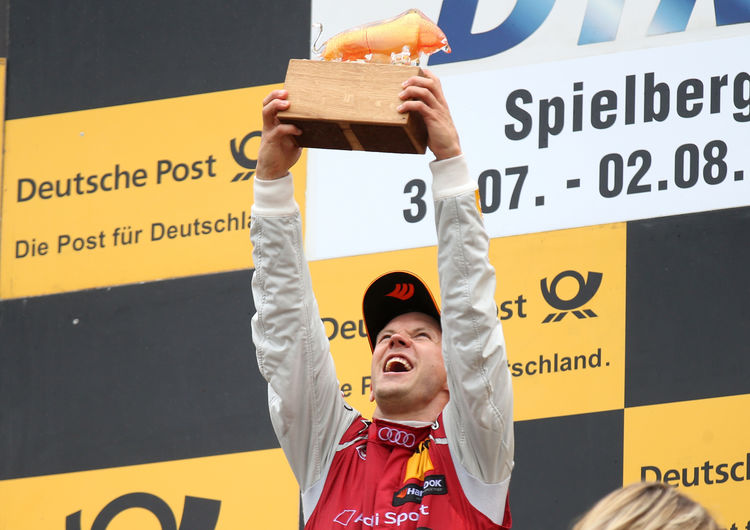 With his first victory at Spielberg, Mattias Ekström captured the lead of the standings in the DTM. The Audi driver in a brief interview.

For a decade and a half, you’ve been competing in the colors of Red Bull. Why did your first victory on your ‘home track’ only work out now?

“It’s really strange that it took so long here. Somehow the god of racing was never on my side here. I either didn’t manage a perfect lap in qualifying, or something would happen in the race and once I even slipped on entering the pit lane. I’ve always felt comfortable here but never managed to get everything right. Maybe I also put myself under too much pressure. This year, it was different – so maybe this was a victory of self-composure.”

How great was your joy of clinching a pole position again after nearly three and a half years?

“Actually, this wasn’t a real qualifying on Sunday but more of a long run in rain that was varying in intensity. These mixed conditions simply suit me well. It’s huge fun to take the RS 5 DTM to the limit in that case. I tried out different lines lap by lap and then went for broke in the last minutes.”

The weekend will be followed by tests at Spielberg and, next weekend, the World Rallycross Championship round in Canada. Do you like stress?

“That’s not stress, but active recuperation. I enjoy having a lot on my plate. Here in Spielberg, my partner Heidi was with me – without our two children for a change. So, it was almost like a bit of a romantic vacation. That’s good for the soul and gives me a lot of composure. And, obviously, you can achieve quite a bit that way.”