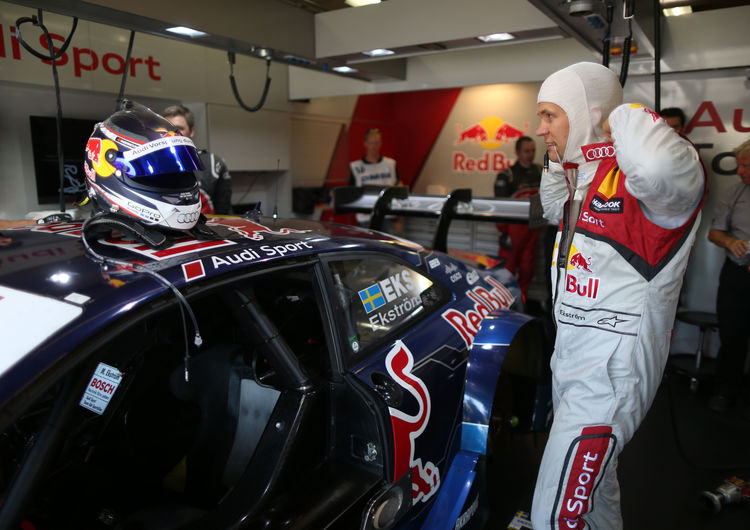 With a recovery from position 16 on the grid straight into the points, Mattias Ekström thrilled the DTM fans at Zandvoort. The Audi driver in a brief interview.

You’ve scored four wins at Zandvoort, including your first-ever DTM victory. This said can you be happy about a seventh place now?
Normally not, but today I can. I gave my best, made up nine places during the race and had several great duels in the process. Six points may not sound like much at first glance, but in a few months from now they may be worth a mint. With its tight turns and large number of duels, Zandvoort always harbors a great risk. Looking at three drivers from the top five in the Championship having finished out of the points throughout the weekend, we can be slightly pleased for a change.

What are your expectations for the weekend at Spielberg in three weeks from now?
For me the weekend at Spielberg is a home round because, besides the races, I’ve visited many special events there before. I really like the track. Qualifying at Zandvoort on Sunday was a shortcoming, which may have been due to the fact that I missed the entire warm-up for preparation because of a minor defect. We’re going to concentrate even more intensively on achieving an optimal grid position for both races, followed by two hard but fair races and maximum points – that’s our plan.

After four weekends, what do you think of the new DTM format with two races per weekend?
I’ve always wanted to drive as many races as possible. Now we’ve got 18 per season, which is a tremendous number. The new format puts a lot of pressure on all the mechanics, engineers and drivers. But I must admit: going to bed on Saturday night after a bad day and knowing you’re going to have a new opportunity the next day – that has a nice ring to it!

You’re not only competing in the DTM but also in the World Rallycross Championship with your own team. How do you manage switching between these two worlds?
For me the rallycross races are active recuperation. I have a lot of fun, enjoy the sporting competition and teamwork and, at the same time, keep up my fighting spirit. Obviously, a victory like last weekend in Sweden boosts my motivation, if for no other reason than the good mood it puts me in. I’ve driven a lot of different cars in my career and it’s never taken me long to readjust.