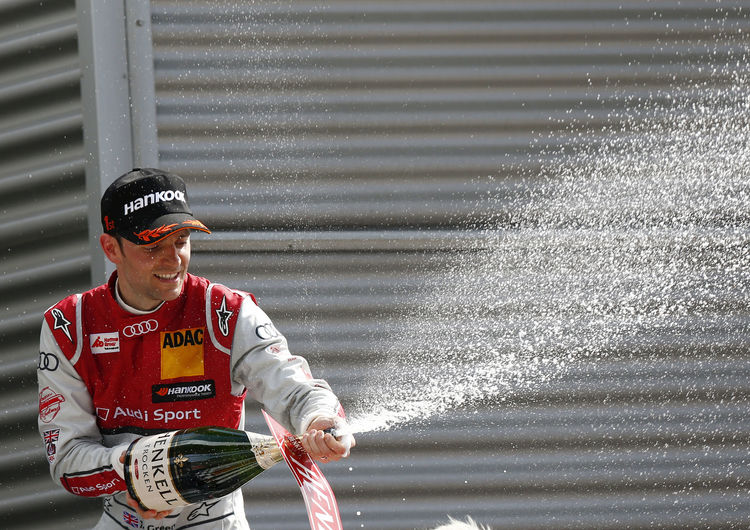 The Lausitzring double winner and leader of the DTM standings about his perfect weekend.

Following a strong final sprint in the 2014 season and a victory in the 2015 season opener you upped the ante by two further victories at the Lausitzring. You seem to have finally arrived in the Audi family in your third year?

“I’ve been feeling comfortable with the four rings for a long time, but now I’m in my second year of driving for Team Rosberg and by now I perfectly know the way it works, as well as my mechanics and engineers. In our interaction with Audi Sport, this helps to extract the optimum from the Audi RS 5 DTM and to perfectly set it up for my needs. All these are important elements of our current success.”

Is the fitness program you intensified last winter another success factor?

“I became not only physically fitter but also mentally stronger last winter. In addition, we spent a lot of time with the car in order to better understand it. So, one thing leads to another and suddenly you’re surfing the wave of success.”

... directly headed for the Championship?

“Last season, after three victories in four races, I might have answered that with a slightly hesitant ‘yes.’ But now, after four races, we’re not even close to the season’s mid-point, but still at the beginning of the year. 14 races are still open. That’s a very long road on which a lot can still happen. I’m not eying the champion’s trophy yet, but focus on the next respective race.”

“Like practically anyone in the DTM I’m looking forward to the season’s pinnacle event which is Audi’s home round as well. However, following the triumphs in recent weeks, we’re traveling there with a lot of success weight on board of our Audi cars. But that won’t keep us from giving everything to clinch another success.”