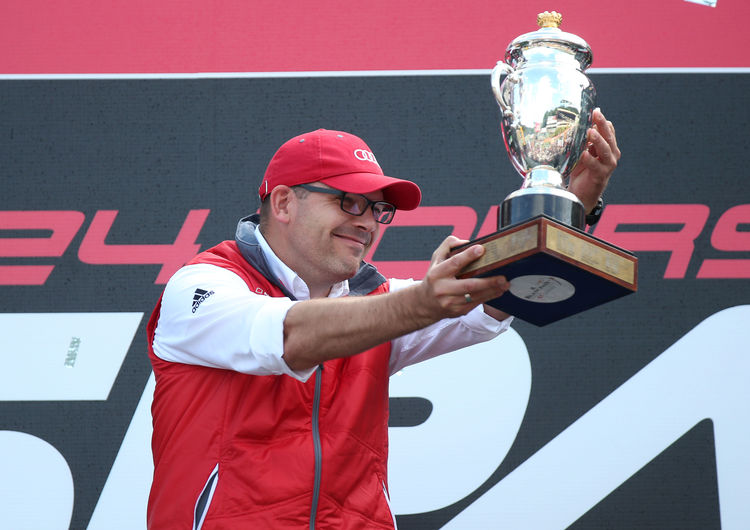 You have three reasons to celebrate. What are you most pleased about?

We are proud of the performances of our customer teams representing Audi Sport customer racing. We celebrated overall victory at Spa in the manufacturers’ classification ‘Coupe du Roi’. The performance of every team in the Pro, Pro-Am and Am categories is taken into consideration for this trophy. We would never have won this title without our customers. We are also delighted for I.S.R. Racing and its second place in the Pro-Am classification. Igor Salaquarda’s team has not been part of the Audi Sport customer racing family for so long, but earned this success through good work. And lastly, Audi Sport Team WRT staged a genuinely fascinating fightback. To unlap yourself three times and come back from 42nd overall to finish on the podium is a fantastic performance.

So many teams had never previously started the 24 Hours of Spa with Audi. What does this success mean for you?

The manufacturers’ classification reveals: nowhere in the world is there such a good grid with so many GT3 sports cars, and it’s an honor that so many teams rely on Audi. Eleven of the world’s best sports car brands were gathered at Spa and put 65 cars on the grid. We were the brand with the second highest amount of race cars. There is no better advert for our GT3 program than the trust shown by the teams. In the lead up to the race, we also welcomed different customers from other series’, including a driver from Australia. And at Spa we handed over the 200th GT3 race car that the crew at Audi Sport customer racing built.

What are the next goals for Audi Sport customer racing?

There are still plenty of events to come on the calendars of our customers in Australia, Asia, Europe and America. Different teams are also fighting for championship titles this year, and things are very tense in our one-make cups Audi R8 LMS Cup and Audi Sport TT Cup. And there are still some important races to come this year, including the FIA GT Cup at Macau in November.