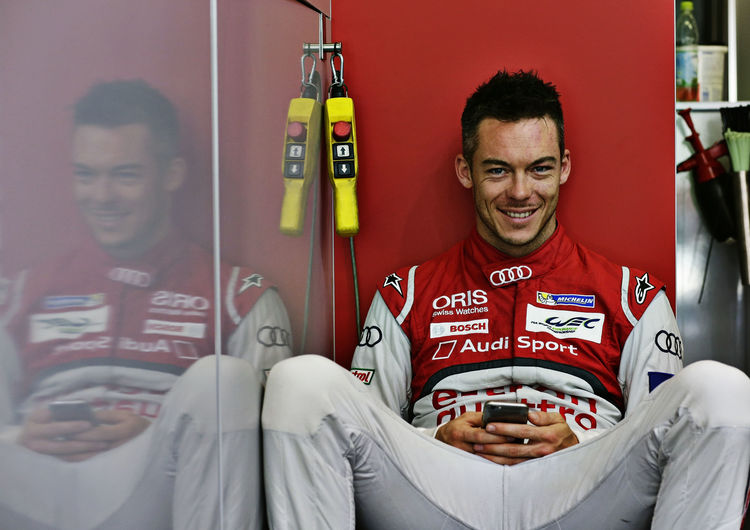 The three-time Le Mans winner André Lotterer about the German premiere of the FIA World Endurance Championship (WEC) at the Nürburgring from August 28 to 30.

Last week, you tested in the Audi R18 e-tron quattro at the Nürburgring. How important was the test for the upcoming race?
“The test was very important. We tested the Audi R18 e-tron quattro that will be used on the race weekend as well. We gathered a lot of important data, which gives us a good base for the remainder of the season. I think we’re well set. For me, personally, it was a rediscovery of the Nürburgring. The last time I raced on the Grand Prix circuit was in 2000, in Formula 3. At that time, for instance, the section following turn one was still completely different.”

What does competing with the WEC in Germany for the first time mean to you?
“The race at the Nürburgring is clearly one of the highlights this year. It’s great to be able to contest a real home round as a German driver and to put the German fans into closer touch with the fascination evoked by the WEC. I’m sure they’re going to see an exciting race. But, obviously, it’s also a great opportunity for Audi to finally race the R18 e-tron quattro in Germany. In addition, sports car races have a great tradition at the Nürburgring. We’d like to continue the era of the legendary 1,000-kilometer races.”

Together with your team-mates Marcel Fässler and Benoît Tréluyer, following two victories and a third place, you’re leading the LMP1 drivers’ standings. What’s your aim for your home race?
“The aim is always to win. The entire Audi Sport Team will be giving everything for this. We’d like to further extend our lead in the drivers’ standings so that, at the end of the season, we’ll bring the WEC title back home to Audi.”