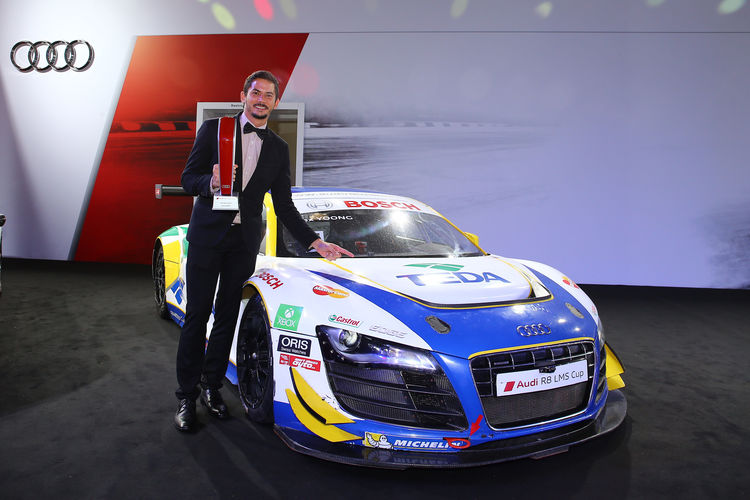 The race driver from Malaysia has won the 2015 Audi R8 LMS Cup at Shanghai.

You secured the title in the Audi R8 LMS Cup at Shanghai with a one-point advantage. How did you experience the race?

I’ve seldom felt that a race was as nerve-wracking as this one. According to the regulations, I had 50 kilograms of ballast weight on board and was hardly able to defend myself. So, in the crucial race I dropped all the way back to sixth place. The loss of one more position would have cost me the title, but this way I barely managed to save it. I love this Audi racing series and am happy for my Audi Teda Racing Team. A huge thank you also goes to my mechanics Antoine ‘Kiki’ Courtin and Mohamad Farouk Hamzah who, like I, is from Malaysia. The whole squad worked hard.

You’ve experienced the Audi R8 LMS Cup as a participant ever since it was launched in the 2012 season. How has Audi’s first one-make cup developed?

It’s great to see what progress the Audi R8 LMS Cup has achieved in four years. The races are thrilling, the rules have been continually developed further and the cup is a central platform for young talents in Asia. The fact that the title decision is made only in the finale each year shows how well the concept works – nobody wins just like that. Furthermore, it’s a nice feeling to pass our knowledge on to the amateur drivers in the field as well, who are able to continue to develop their talent this way.

You’re the first driver to have successfully defended his title. In comparison: was it more difficult to win the Audi R8 LMS Cup in 2014 or in 2015?

The title race in 2014 was already very hard. A year ago, my opponent was André Couto. He’s a good personal friend of mine, so as far as that was concerned competing against him was a special situation also in a psychological respect. This year, the decision was extremely tight and nerve-wracking. Honestly, at the moment of victory, the current title feels even a bit sweeter than the first one.