A glance at Audi’s motorsport history 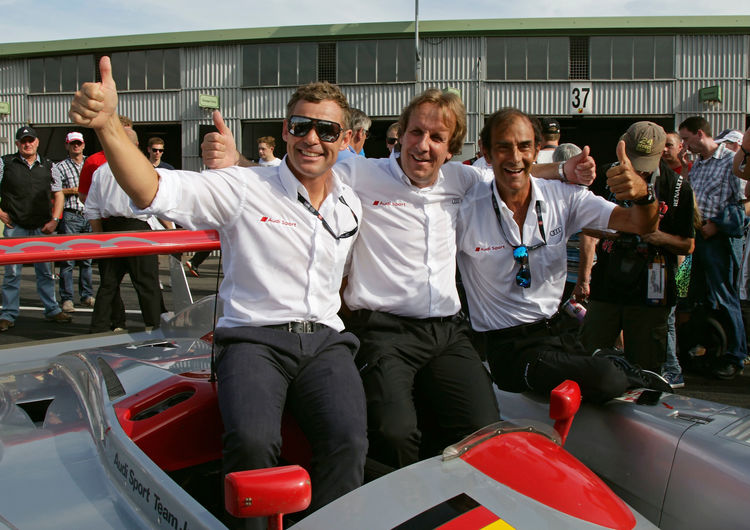 The visitors of the FIA WEC Nürburgring round could not only see the two Audi R18 e-tron quattro cars at the six-hour race. In the historic paddock of the tradition-steeped circuit, the fans admired the 1985 Pikes-Peak winning Audi Sport quattro, an Audi 90 quattro from the IMSA GTO series, the 2014 Nürburgring 24 Hour winner Audi R8 LMS ultra and the Audi R8 that clinched the first Le Mans win for the brand. In this very car, Frank Biela, Emanuele Pirro and Tom Kristensen won in 2000 and were reunited next to the car for a photo.