A day to forget: Audi and EKS falling behind in Höljes 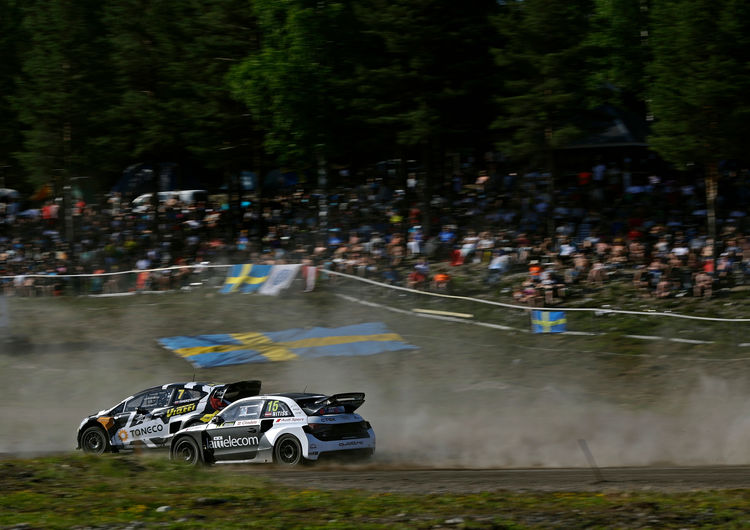 At round seven of the FIA World Rallycross Championship in Höljes, Audi and EKS are struggling with themselves and with the competition. In the absence of rallycross world champion Mattias Ekström, who is racing in the DTM at the Norisring this weekend, the EKS drivers on the fast track in Sweden never found the necessary pace. In hot summer temperatures, Reinis Nitišs in his Audi S1 EKS RX quattro did the best job of keeping the flag flying from EKS’ perspective. Following two of four qualifying rounds, the Latvian is only ranking in twelfth place and, as a result, would just barely qualify for the semi-finals of the twelve fastest campaigners on Sunday. “My lap times are more than half a second short of those of the front runners,” says Nitišs. “That’s definitely too much.” Toomas Heikkinen and Ekström’s stand-in Per-Gunnar Andersson have reason to worry about making it into the semi-finals. Heikkinen was struggling with technical issues in the second qualifying session and after day one ranks in position 16, trailed by P-G Andersson in 17th. On Sunday, at 10 AM CEST, qualifying 3 will start in Höljes.