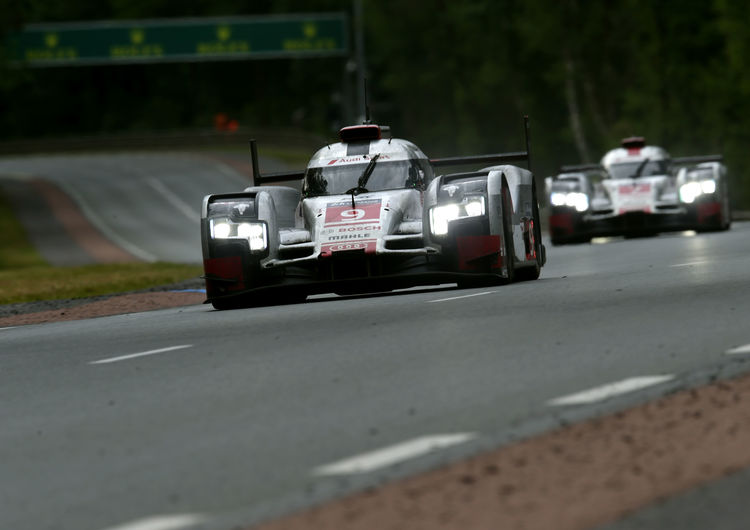 Following a 17-minute repair, the #9 Audi R18 e-tron resumed the 24-hour race at Le Mans. The mechanics of Audi Sport Team Joest changed the front left driveshaft. With a seven-lap deficit, Filipe Albuquerque was in position seven between the two Toyota two hours before race end.

The two other Audi R18 e-tron quattro cars maintained positions three and four at 13.00. During the scheduled driver change from André Lotterer to Benoît Tréluyer oil was replenished on the #7 R18 in the pits and, a lap later, the engine hood fixed.