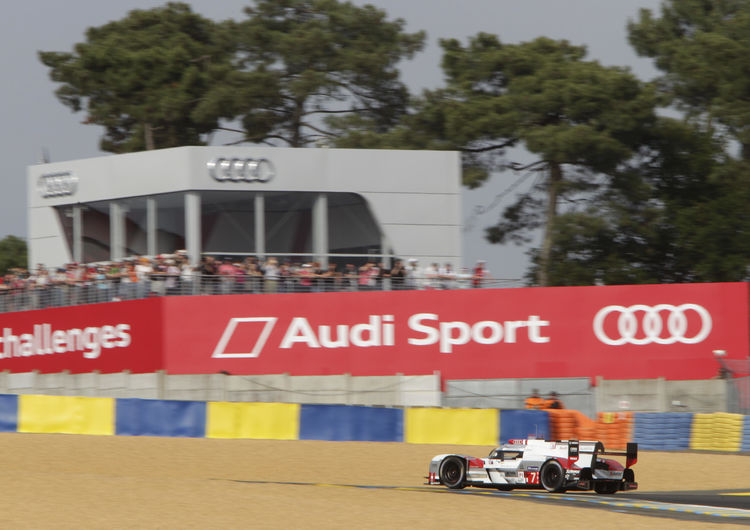 Lotterer in the #7 Audi R18 e-tron quattro advanced to third place and overtook the two leading Porsche on track as well. At 12.00, car number ‘7’ had a two-lap deficit to the front runner.

The two other Audi R18 e-tron quattro cars made unscheduled pit stops. On the #8 R18, the engine cover was exchanged and fixed. The time loss amounted to a little more than two minutes.

On the #9 R18 that had been in third place for a long time, a lengthier repair in the area of the front suspension began at 11.56, which had not been completed yet on the full hour.