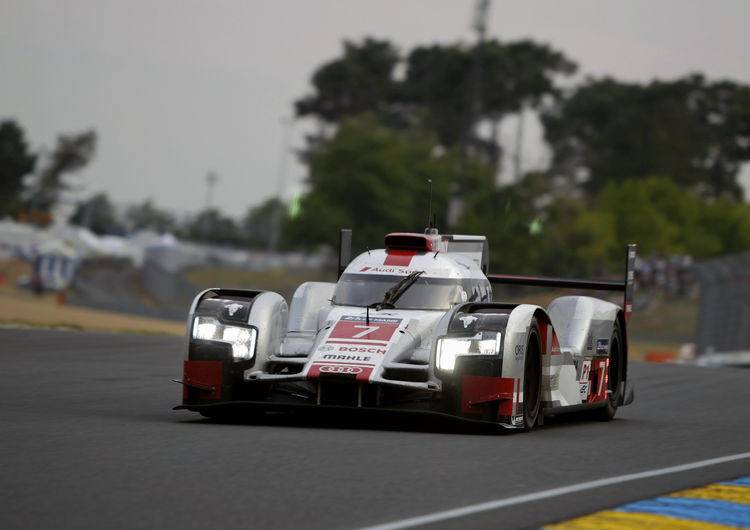 Audi R18 e-tron quattro #7 also took its turn at the head of the field in the 24 Hours of Le Mans between 6 and 7 o’clock. Benoît Tréluyer completed a fifth stint on the same set of Michelin tires and was at the wheel for almost three hours before handing over the car to Marcel Fässler. The R18 dropped back to second place as a result.

Just before 7 o’clock, a part of the engine cover came adrift on the best placed R18, which forced Fässler to make an unscheduled pit stop on lap 261 to change the rear bodywork section and dropped down to fourth place.