Links
{{ activeItem() }}
Twitter
02/27/20
Utilizing the sun: @LucasdiGrassi visited the very impressive Noor Power Station near Ouarzazate, Morocco. The worl… https://t.co/bsfs63yoPZ
02/27/20
Welcome to Marrakesh. Continuing to get ready today. A slight change this week: Shakedown &amp; FP1 will take place tom… https://t.co/oLwoGCzSC6
02/26/20
BWT Mücke Motorsport returns to the ADAC @gtmasters in 2020 with two Audi R8 LMS entries: Audi R8 LMS #25: Mike B… https://t.co/33QnHvEGut
02/26/20
Click on the picture: All of the info that you need for this week’s @FIAFormulaE Marrakesh E-Prix at Circuit Intern… https://t.co/4RyvSddlQE
Audi Sport on Twitter
{{ activeItem() }}
Facebook
02/26/20
On track in Africa this week: the 2020 ABB Formula E Marrakesh E-Prix in Morocco on Saturday, February 29. >> audi.com/FormulaE #PerformanceIsAnAttitude #MarrakeshEPrix
02/24/20
He’s a busy man: from Mexico to Monza, Kempten and all the way back home to Switzerland (... even some gardening). Catch up with Nico Mueller in our latest #DriversDiary to find out what he has been up to this past week. >> audi.com/DTM #PerformanceIsAnAttitude #DTM
02/21/20
We’re always searching for technology to shape the future: Before the ABB Formula E Mexico City E-Prix, Daniel Abt and Lucas Di Grassi had a look at an exciting company developing artificial trees. >> audi.com/FormulaE #PerformanceIsAnAttitude #MexicoCityEPrix
02/17/20
Another week, another new episode of our #DriversDiary of Audi DTM factory driver Nico Mueller. Follow his week to find out what he was up to in Mexico City. >> audi.com/DTM #PerformanceIsAnAttitude #DTM
Audi Sport on Facebook 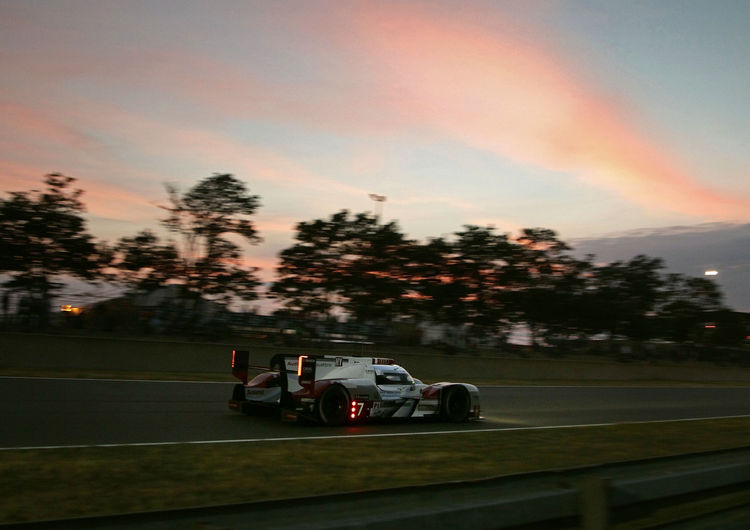 As dawn approached, the Audi R18 e-tron quattro #7 appeared at the head of the field for the first time again in the 24 Hours of Le Mans: Benoît Tréluyer took the lead at 5.32 when the leading Porsche #19 stood a few seconds longer during a pit stop. The Frenchman extended his lead from two to four seconds before he completed the next refueling stop.

At six o’clock in the morning, R18 #7 was 56 seconds behind in second place. Filipe Albuquerque in R18 #9 followed about one minute behind. Still in fifth place: Lucas di Grassi in R18 #8.