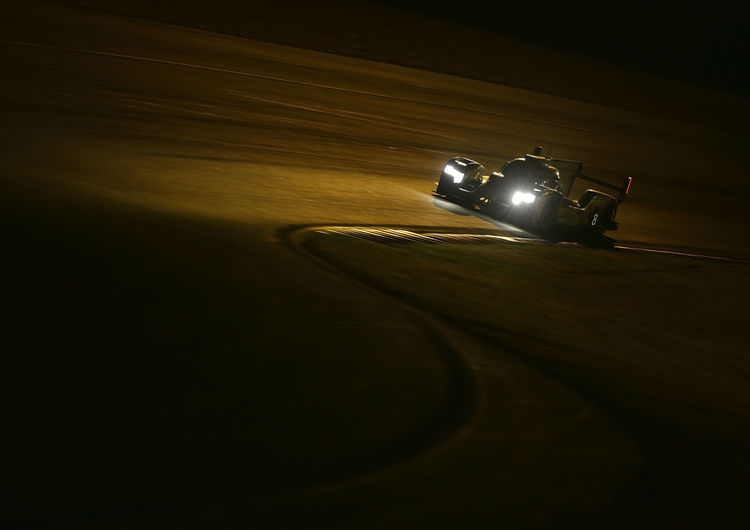 The #8 Audi R18 e-tron quattro has made its way back into the top five. During the battle in the night, Loïc Duval took advantage of the #18 Porsche running into the gravel. There is only one lap to regain in order to get back into the top three again.

The three leading Hybrid sports cars continued their battle after midnight. The #9 Audi driven by Marco Bonanomi was running in second position, ten seconds ahead of his team-mate André Lotterer in the #7 Audi.