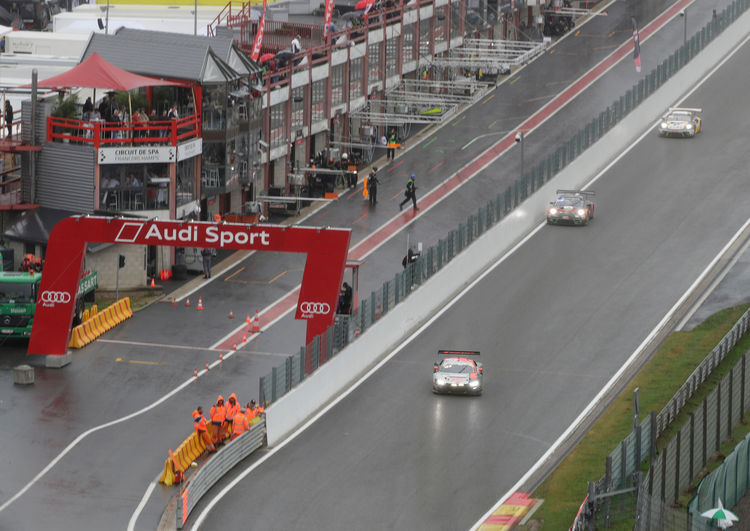 Chaotic weather with an almost six-hour interruption in the race due to rain, numerous accidents and safety-car phases – the 71st edition of the Spa 24 Hours was turbulent. In the record field of 72 GT sports cars, Audi only missed the podium by 4.4 seconds. The best-placed Audi trio in fourth place was Christopher Haase (D), Frédéric Vervisch (B) and Markus Winkelhock (D) in the no. 25 car from Audi Sport Team Saintéloc. Another seven of the eleven entered Audi R8 LMS cars saw the checkered flag. Rik Breukers (NL), Norman Nato (F) and Charles Weerts (B) finished in 12th place with the no. 10 entry from Belgian Audi Club Team WRT. Ricardo Feller (CH), Jamie Green (GB) and Christopher Mies (D) finished 14th in the no. 129 car from Montaplast by Land-Motorsport. Robin Frijns (NL), Nico Müller (CH) and René Rast (D) were in fourth place with Audi Sport Team WRT’s no. 1 car until shortly before the checkered flag fell. A collision ended all hopes for a podium finish.