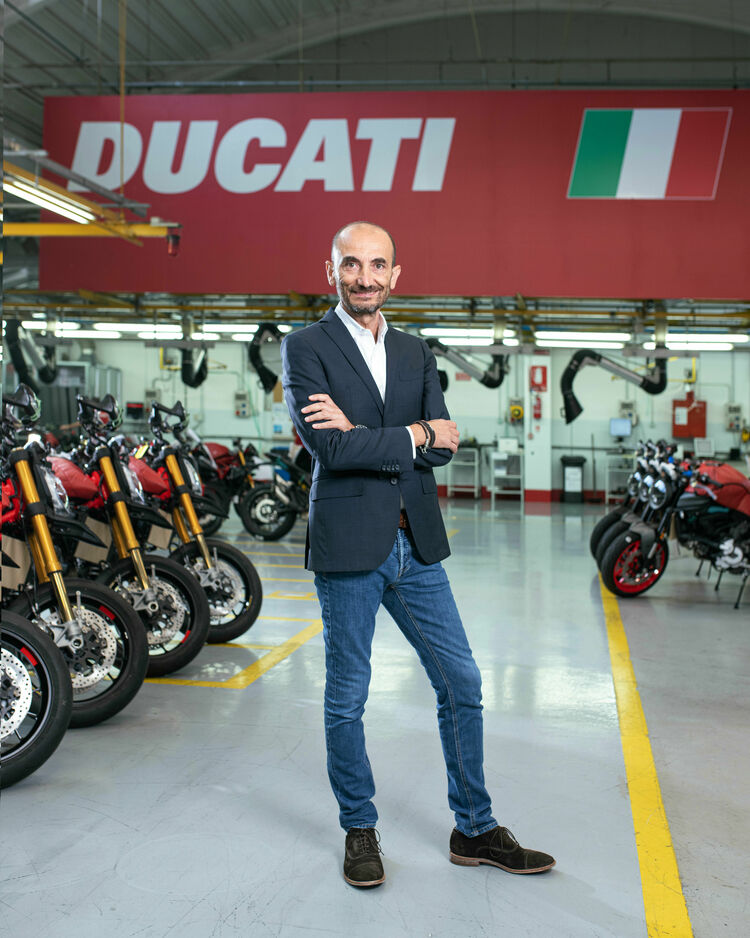 After graduating in mechanical engineering from the University of Bologna, Claudio Domenicali joined Ducati in 1991.

After a period of professional growth within the company, Claudio was appointed CEO of Ducati Corse in 1999. In 2005, he became Director of Product R & D at Ducati Motor Holding, and in 2009, he was named General Manager of Operations and Product Development.

In 2013, following the company’s acquisition by the Audi Group, Domenicali was appointed Chief Executive Officer of Ducati Motor Holding S.p.A.

In December 2019, he was officially nominated President of the Motor Valley Development Association.