Robin Frijns was promoted from Audi Sport’s GT program to the role of an Audi factory driver in the DTM. The 26-year-old Dutchman closes the gap this year that Mattias Ekström left in Audi Sport Team Abt Sportsline.

“I’ve been dreaming of the DTM for a long time,” says Frijns. “The series has a long tradition and stands for gripping racing – exactly the thing I like. When I heard that I would belong to Audi’s DTM squad effective immediately I was both overjoyed and speechless.”

Frijns has been active for Audi in customer racing since 2015 and comes from single-seater racing. He gathered initial experience at the wheel of an Audi DTM race car in an evaluation of young talent in Spain in 2013. “Robin left a strong impression at that time and we’ve been keeping track of him ever since,” says Head of Audi Motorsport Dieter Gass. “At the wheel of the Audi R8 LMS, he showed his ability and in our Formula E simulator he does a very good job as well. René Rast proved last year that in the DTM you can be in contention for the title even as a rookie. Robin has great potential.”

After René Rast as a rookie instantly won the DTM title in 2017, every newcomer is compared with the reigning champion. “René impressively proved that in the DTM you can become champion even in your first year,” says Frijns. “But I remain completely realistic in that respect. After all, I’m pitted against drivers who’ve been active for years – if not decades – in the DTM. My main goal is to get used to the environment and to the car as soon as possible. Plus, I’d like to have fun because that’s the prerequisite for being fast in the races. If in the end that results in podium positions or even victories so much the better.”

The Dutchman who hails from Maastricht began his career in karting, and in single-seater racing made it all the way into Fromula 1 as a test and reserve driver. “I had three very successful years in single-seater racing in which I was able to stand my ground against notable names and win the championship on each occasion,” relates Frijns. “As a Formula 1 test driver in the following years I had only few opportunities to contest races myself. In that respect, it was a great opportunity for me to be able to get into GT racing with Audi and to finally race again. Today, I’m more than happy that I took advantage of this opportunity at the time. Together, we’ve celebrated many successes.”

This year, though, the DTM where he competes in car number 4 is clearly Frijns’ priority. “This number accompanied me during my successful years in single-seater racing and brought me a lot of luck. I hope it will continue to do so.”

The race Frijns particularly looks forward to is the one on home soil at Zandvoort. “Last season, I watched Sunday’s race at the venue and was impressed,” says the 26-year-old. “There was a large turnout of spectators and I hope to see all the fans again this year. As the only Dutchman in the DTM field I’m obviously looking forward to the event and to the support from my compatriots with huge anticipation.”

As a new Audi factory driver, he enjoys the privilege of being able to select a company car from the model range of the four rings. “I opted for an Audi RS 6 Avant,” says Frijns. “I’ve heard a lot of positive things about this car.”

Frijns in Dutch is pronounced “Fraijns,” with a drawn-out “ai.” In English, most people say “Frins” with a short “i.” “For me, personally, the diverse pronunciations make no difference. As long as I can tell that it’s me people are addressing, either version is completely okay for me.” 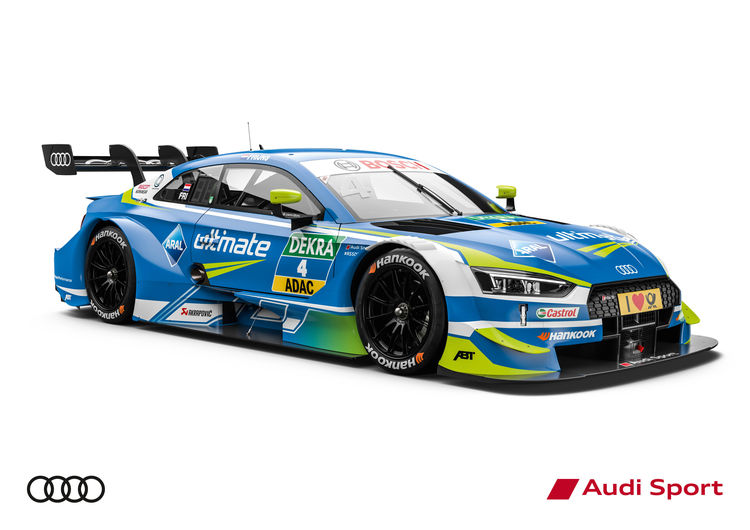