Lucas di Grassi came from Formula 1 to Audi in 2012 and has really come to appreciate the challenge of LMP racing. The Brazilian has been one of Audi’s regular drivers in the WEC since 2014.

His trophy collection has grown significantly since Audi signed Lucas di Grassi. He has mounted the sportscar podium seven times so far, including four second-places. Obviously, the racing driver from São Paulo aims to win again soon. His team is sure that it is only a question of time. “At Audi I have the perfect foundations to be successful,” says the 30-year old Brazilian. “I feel at home in the Audi Sport team and with Loïc Duval and Oliver Jarvis have two strong and experienced team mates.”

Lucas di Grassi is also an asset for Audi away from the race tracks. Be it in interviews or socializing with his many fans: the Audi driver is a most welcome interviewee. In addition to his native language Portuguese, he also speaks English, Italian and Spanish and has basic knowledge of French. In his Brazilian homeland, the racing driver studied at the IBMEC Business University and is member of MENSA the association for highly intelligent people.

Lucas di Grassi, who married his partner Anna at the end of 2013, lives in Monaco. The conditions in the region are perfect to practice his stamina sports. Triathlon is one of his preferred disciplines. He decides spontaneously whether to compete or not. When di Grassi was travelling to the FIA WEC race in Bahrain in November 2014, he noticed that a triathlon was scheduled in neighboring Dubai; he quickly decided to stop over, organized a bicycle and plunged into the desert competition. When he was in Aspen, Colorado, in the USA, for winter sports, his passion for motorsport dragged him quite literally across slippery terrain: he charged around an icy course on a kart equipped with spiked tires. However, his great sporting goal is to become the first Brazilian to win the 24 Hours of Le Mans. In the FIA Formula E, he is fighting for the title in the 2014/2015 season. 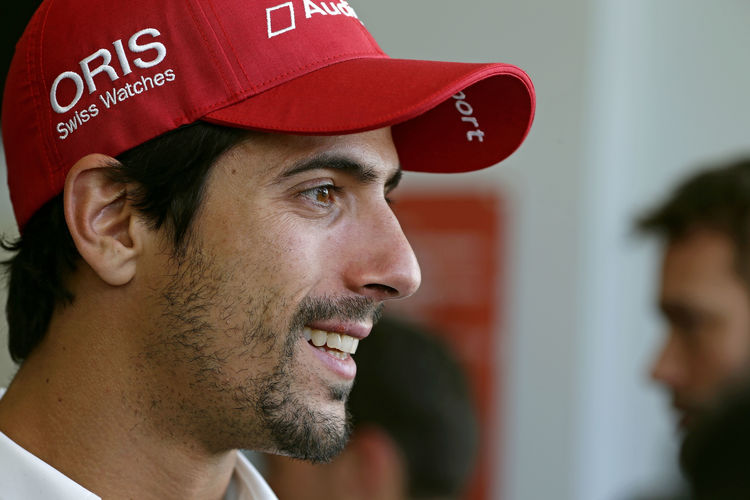